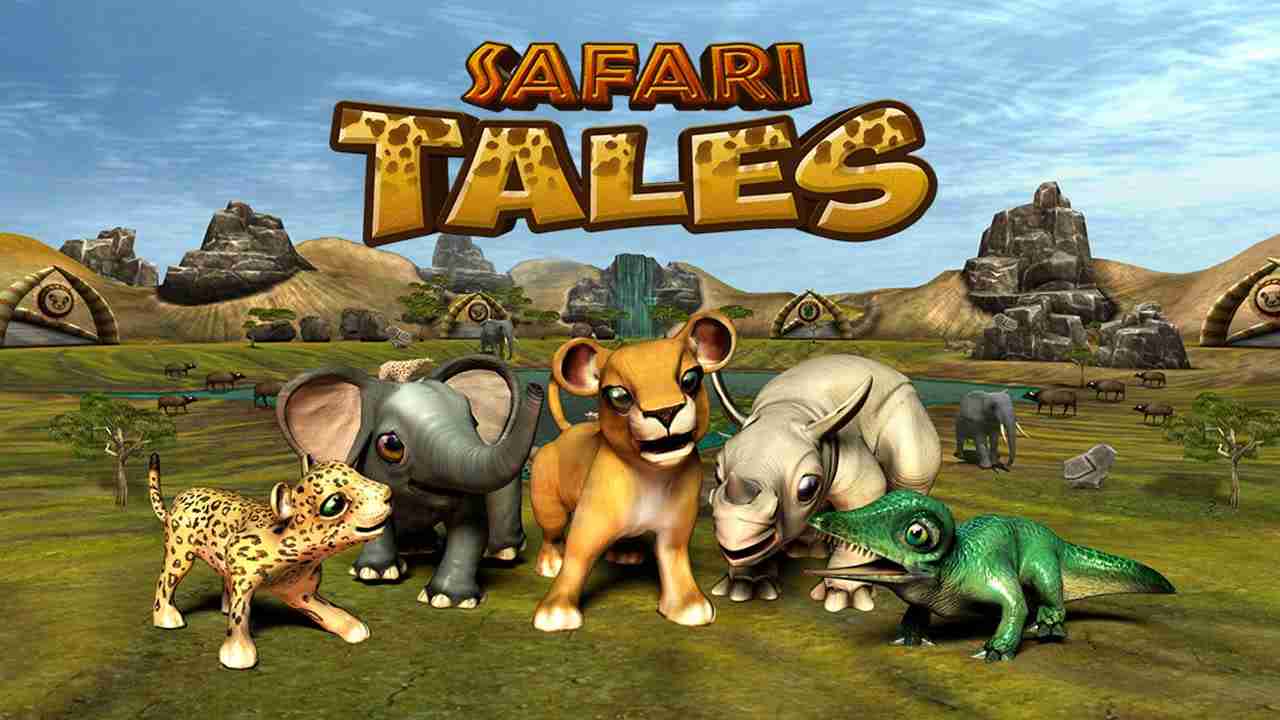 With so many young ones, we’ve recited the alphabet and sounded out words phonetically hundreds of times over the years. Most of them have begun reading quite quickly but not all of them have gone the traditional route of sitting with a book in order to practice letter and word recognition. Sid preferred building letters and words out of Lego and blocks before he moved onto reading books, for example. Now we have apps for today’s techie generation.

Safari Tales by Kuato Studios is the follow up to Dino Tales but instead of teaching about palaeontology, it teaches literacy. Aimed at 4 to 10-year-olds it’s the perfect blend of play and learning – in fact, it’s so good that if we weren’t aware it was a learning app, we would have thought it was simply for fun!

Players begin as an elephant until they unlock the other four animals, a rhino, crocodile, lion and leopard. Then, they play. They are given tasks to complete (such as find the Jungle Beat Animals), and all the activities that they do are put into a story that they can read back. Not only are they able to read the stories as many times as they’d like, there are also certain highlighted words that they can change into different synonyms. We feel that expanding children’s vocabulary is important and they enjoy discovering new words – especially when siblings don’t know what they mean –  so we loved this addition.

The only issue we found, which was the same problem we had with Dino Tales, is that it is quite hard to use the control panel. While Kuato Studios have made some changes since Dino Tales, such as moving the control pad from the left-hand side to the right-hand side of the screen, we still found it difficult at times to easily control the characters. When playing we couldn’t find a way to really control the speed so there have been a few times when our character has clumsily careered off into a tree which in turn makes it awkward to get it back on track. We brought this up with Kuato Studios who recommend pushing the ‘stick’ forward a little rather than fully, but we still found smaller hands which still fully lacked pressure and dexterity control had some difficulty with this. We think that perhaps changing the speed at which the animals move would make it easier to control, especially for younger players.

Paddy and Ollie (aged eight and six) found it brilliant. They didn’t feel as though they were learning, believing they were only playing a game. They loved the challenges and took them very seriously, rejoicing once each one was completed. Ollie particularly loved the Jungle Beat Animals, and proclaimed that the music the giraffe was making ‘sounded like farting.’ For an eight and a six-year-old, this was a fabulously entertaining addition to the game.

Darwin, the guide from Dino Tales, returned, ready to interact with the player. The kids could choose words and put together questions such as ‘What do elephants eat?’ and Darwin would answer. This helps to strengthen communication skills as well as give interesting facts.

We’d recommend Safari Tales to any parent who wants to interpret gaming into education. It’s a guilt-free video game, building learning skills and entertaining the children at the same time!

Safari Tales is available on both Android and iOS for only £2.99.