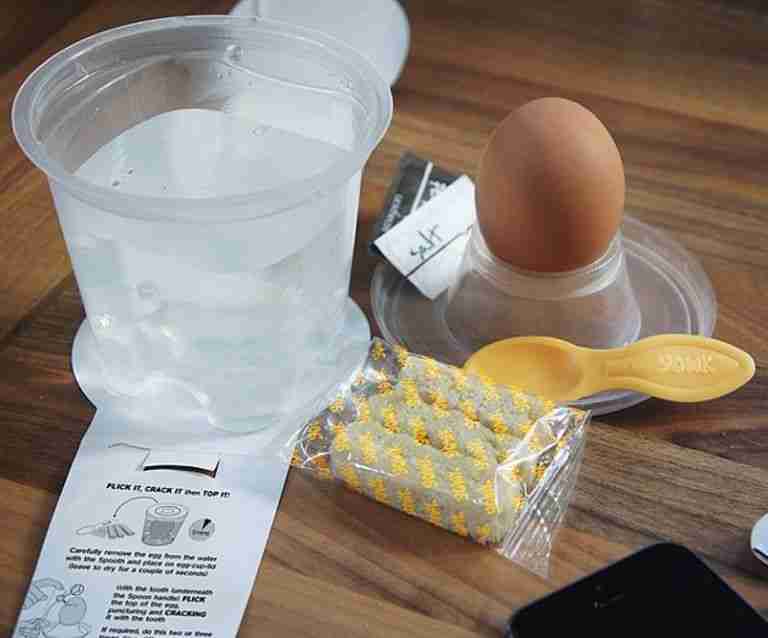 Growing up with a Turkish mother and a Greek father, my brother and I were raised with the delights of mediterranean food. Every meal was made from scratch with fresh ingredients. Our home would constantly be filled with the aroma of fresh herbs and spices and we were introduced to a variety of foods from a young age. Nothing was off limits. We were naturally raised to be open-minded, to try new things and most of all, we were raised to appreciate good food.

I remember processed and fast foods becoming more popular while I was at primary school. Advertisements for oven chips and pot noodles had me in awe but my mum point blankly refused. ‘They are not proper food,’ she firmly stated.

For us, food was a way of life. It was something to be made properly, to be enjoyed and appreciated in all its wholesome glory.

When Mike and I began dating he was 16 and I was 14. He began joining our family for meals and had until that point had a very limited experience of foods. Food was purely and simply sustenance – unimportant and nothing to be creative with. Raised mainly on potatoes, he had never even tried pasta, pulses or grains, and meals with herbs and spices were unheard of. Fortunately he was open enough to at least try these new, mostly foreign dishes he was suddenly being presented with. What’s more, once he tried them, he loved them.

Over the years, Mike learnt to love and appreciate food just as my brother and I had been raised to, open to trying new dishes, new ingredients and foods from far and wide. He also learnt to cook and we now spend many hours in the kitchen as a family, cooking and talking, trying new recipes and creating new dishes.

Our plans to become self-sufficient result mainly from wanting to know where our food comes from. To know that the produce is fresh and the meat came from an animal well-looked after reassures us that we are putting into our children’s bodies the best that they can possibly have. The horse meat saga from a couple of years ago, where people believed they were eating beef but were in fact eating horse meat proved how little we know about where our food is coming from and what we are really eating.

Like my mum’s reaction to oven chips back in the 80s, Mike and I shudder when we see how ‘progress’ has affected the supermarket shelves. Freezer compartments offer us so much convenience in the form of frozen omelettes or frozen roast potatoes, or the shake-in-a-bottle pancakes or boxes of cake mixture (just add one egg!). Is it really so difficult, we wonder, to whisk an egg and splosh of milk to make an omelette, or to peel and cut potatoes, or to weigh up flour and whisk it in with eggs and milk to make a batch of pancakes, or add some sugar to the same mixture to make a cake?

Let’s be clear, there is no such thing as a frozen, microwavable jacket potato. You don’t need to buy them from the freezer compartments. Get a potato, wash it, poke holes in with a fork and put it in the oven.

Just when you think it really can’t get any worse, it seems that actually, it can. Mike brought the Yowk to my attention yesterday. It’s a pre-packed boiled egg. Yes, that’s right. A ready boiled egg. The manufacturers claim that you get a perfect, soft-boiled yolk every time. All you have to do is warm it up in a bowl of water for 6 minutes for a runny yolk or 7 for a firmer yolk.

Apparently, the Yowk is a pasteurised egg that has been pre-boiled in a bag and than packaged in a handy plastic container. Convenience at its best, the lid turns into a handy egg cup and they even include a plastic spoon and (wait for it!)… even a bag of pre-cut soldiers! And all for the grand old price of £1.79 each!

Personally I am hopeful that this is nothing but a premature April Fool’s joke. For starters, £1.79?! The price alone is extortionate and several times the cost of an ordinary egg. Remember, the £1.79 is only for one egg, not half a dozen. Then we have the time issue; how much time do you actually save? It doesn’t take as long to boil a raw egg as this speedy alternative does! Finally, there is the health issue. Not only is re-heating eggs unsafe, but what on earth is in this Frankenstein product that should only ever be naturally created?

If this is a joke, and I sincerely hope it is, it will have at least made us think about our food. How far are we willing to compromise a little of our time for a lot of our health? I will never believe that the rise of processed and fast foods does not have have a direct link with the ever-increasing allergies, behavioural problems or diseases that were comparatively uncommon thirty years ago.

If the Yowk is not a joke we need to seriously question ourselves. Are we really becoming such a nation of culinary sloths, too lazy to even boil an egg, let alone crack one to make an omelette from it? What hope do we have for our children? Will we be raising them to shake a bottle or press a button on a microwave rather than to chop an onion or even gut a fish?

Really? Is it that difficult? Or are we as a nation just that lazy?

I won’t accept any arguments. It is laziness. I did mention the scourge of convenience foods a few years ago elsewhere to be told how they were vitally important for people who lived alone, or who worked all day and didn’t have time to cook, or for the elderly who may not want to or be able to cook for themselves any more.

I am not convinced by futile arguments that don’t stand up.

Our oldest daughter who lives alone, works horrendously long hours and two jobs, still cooks for herself, freezing batches of homemade food for days when she’s terribly pressed for time. My nan, who I always remember in her housecoat, tossing spaghetti, in a huge stainless steel pan – the pan she had for forty-odd years and without a stain on its base thanks to her determined scrubbing after each use – still cooked for herself right up until a month or so before she died just shy of her 92nd birthday.

Food is not just sustenance to be created in a lab somewhere. Food should be fresh, it should be natural and we should never compromise it for anything – not for time nor convenience. Food should be appreciated and enjoyed, and I challenge anyone to do either with a frozen omelette, bottled pancakes, frozen microwaveable potatoes, Yowk or no Yowk.

11 thoughts on “The Disturbing Trend of Frankenstein Foods: Are We Really a Nation of Culinary Sloths?”