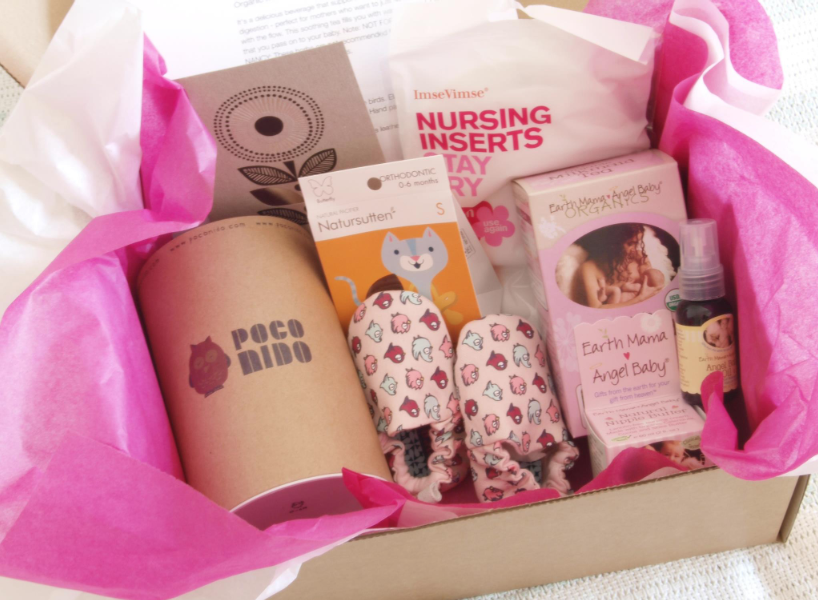 When we received our Almondella gift box, we were slightly disappointed. While the quality of the products were wonderful, the objects themselves weren’t always appropriate. The gift box was intended for Isobel, our eighteen month old.

Almondella launched two years ago around Europe, and it has finally come to the UK. An Almondella box typically contains up to five products from well-known European brands for new mums and their babies. You can buy one either for yourself or a friend, and can receive either a one, three, or six month subscription, as well as a one-off gift box.

While other products may come in something such as a keepsake box, this one came only in a cardboard box, with the items wrapped in tissue paper. In the one we received, the paper was ripped which made for a disappointing start.

We received four items in the box: a Sorting Box toy which encourages hand-eye coordination as well as teaching about shapes, a book of colours, a pair of leggings and a tea towel. The book and toy, although simple, were impressive. Our garment, which was in this case a pair of leggings, looked as though they were well-made and of good quality, but looked small for Isobel, despite the label saying age 2-3. Seeing as how Bel has not yet mastered drying dishes (she’s still learning how to tidy her toys up after herself after all), the tea towel seemed to be inappropriate. Although it was well made, we failed to see how it was relevant. Perhaps a cuddly toy would have been a good replacement?

We thought that the four items were rather sparse contents of the package considering the price of the boxes, even though Almondella claim a saving of around 50% off the rrp on the products. We did think that the boxes were a little over-priced for what they offered, and that either a reduction in price or a few more contents within them might be called for.

You can get a trial box for only £12 if you would like to see it for yourself by clicking here, or get a monthly subscription for £37.