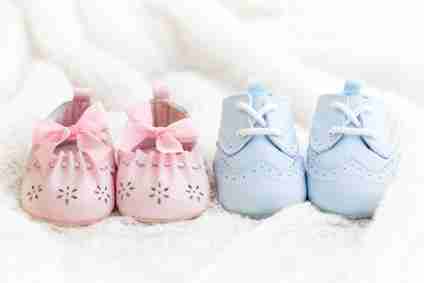 We’re now a little over two weeks away from Baby 13’s delivery date. Early Sunday morning was spent sorting out the baby clothes. The twins were my willing little helpers, full of cheer and excitement though I’m not quite sure that they understand what is going on. Every so often Anna will pull up her shirt and declare that her baby is moving inviting us to ‘see it?’ Given that they’re both very motherly and fussy, I’m looking forward to seeing how they will react to the new baby’s arrival. Jealousy has never been an issue when a new baby has arrived, instead the infectious excitement and sense of celebration seems to be automatically adopted by its older siblings, even those too young to understand.

The last few weeks are continuing with increasing discomfort. Sitting, standing, lying, it’s all a mission. I really don’t handle the final few weeks of pregnancy with ease or grace at all. My weight gain is another concern. Weighing myself for the first time in goodness knows how long, the realisation that I’m the heaviest ever hit home. There will need to be some serious damage control taking place as soon as possible. The shame of it together with the feelings of heavy, cumbersome fatness of the fattest in Fatland, as opposed to glowing pregnancy bloom leave me feeling lacking self-confidence sinking to unlimited depths.

The c-section has been brought forward a day so Baby 13’s birth day will now be February 19th instead of the 20th. This is due to the hospital not scheduling c-sections in for Thursdays. I am pleased that it was brought forward a day instead of being put back. Putting it back to the 21st would have probably resulted in wailing and gnashing of teeth at the sheer unfairness of the whole extra 24 hours being added back onto my psychologically-prepared countdown.

Yesterday I attended an appointment for a scan to check on that bit of placenta which was thought to be creeping around to the front. As far as could be seen, the scan showed nothing to be concerned about at all. I was convinced that my ponderous belly might somehow be related to the 21lb baby I was carrying. Alas, the sonographer’s estimate based on the measurements revealed baby to be an approximate 6lb 10oz, very average sized baby. I’m sure he omitted the number 1 from the 6lbs.

‘Do you know the sex?’ the sonographer asked me. I told him I didn’t. He asked me if I wanted to know.

‘No thank you. Should I look away?’ I asked.

I’m pretty sure it’s a boy. In fact, I think I’m positive that it is a boy. And he (or maybe she), is puckering up for a great, big kiss just for you…