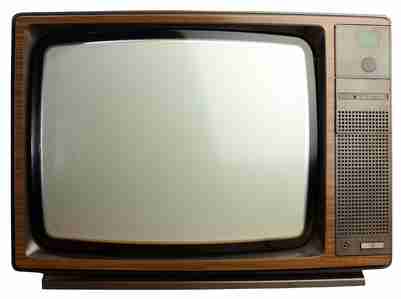 Anyone choosing a TV in today’s market has a lot of choice: certainly more than anyone picking out a tablet computer would have.  This is no bad thing but it does mean that differentiating between them all can be a bit of a pain.  That’s why we’ve put together this guide on how to go about choosing the right TV in 2014:

There’s no denying that, so far, 3DTVs have been a bit of a flop.  Most users maintain their comfort with 2D, and feel no desperate desire to upgrade anytime soon.  However, if you are open to the idea of a 3D model, you’ll be pleased to know that the general lack of take-up means that they can be found for far less than they would have cost three years ago.  In this sense, it’s a good idea to find a TV that you enjoy watching in 2D, but that has 3D capability included.  You never know: you might learn to love it a few months down the line.

Choosing between these two main display technologies is sort of a matter of preference, though there are a few practical factors that can help you come to a final decision.

Firstly, anyone that watches TV during the evening rather than the day would be wise to look at a plasma: the ability to turn off pixels during dark scenes means that they can achieve deeper blacks than the LCDs.   The vice-versa to this is obviously that LCDs are more suitable for those that watch during the day or in a well-lit room, due to their ability to create brighter images. This ability is also ideal in terms of offsetting any excessive room or ambient lighting.

What you’re watching can also have an impact on the choice you make.  If you’re a firm movie fanatic, then the chances are that you’ll want the most detailed, cinematic experience possible.  Plasma screens are generally considered to offer the best quality, due to their emissive display technology ensuring that any lighting inconsistencies are minimised.  If, on the other hand, you prefer TV or gaming, then LCD displays will help avoid screen burn-in or image retention.

Do you need to stream?

Many people will already have their streaming capabilities set-up through their Xbox or Sky Box.  For those that don’t, however, it’s important to ensure that the TV bought has the ability to connect to apps such as iPlayer, YouTube, Netflix etc.  If it can’t, then you might need to purchase a cheap console or player alongside it, thus putting the cost up.

There’s certainly a case to be made that beyond 32 inches or so, you’re seeing everything that you need to see.  However, if you’re going for a plasma TV, for instance, you’ll need to bear in mind that they can’t usually be found in smaller than 42 inches.  It’s usually worth considering the size of the room the TV will be installed in, too: you don’t want the screen to completely overwhelm the rest of the space.  Doing so can often mean suffering from screen glare during prolonged sessions.