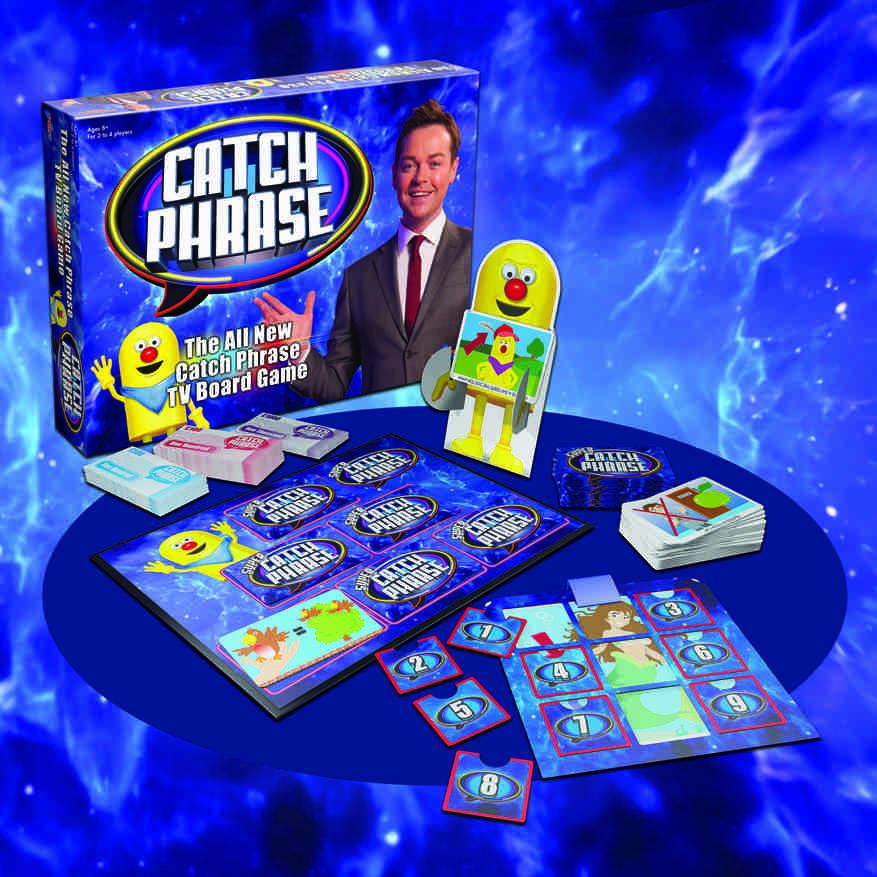 Those familiar with ITV’s popular TV game show All New Catch Phrase are sure to be in for a treat with Drumond Park’s very own All-New Catch Phrase TV Board Game. Players aged 8 and over can hold their own home version of the game show popularly hosted by Stephen Mulhern. Up to six players will be able to battle the tongue twisters and picture puzzles, showing off their wit. But the question, as always, is who will defeat their friends and family in the battle of the brainteasers?

Included in the box are Regular Catch Phrase cards, along with double-sided Bonus Cards and Super cards. A Mr Chips Card Holder and Bonus Catch Phrase Picture Frame are also there and of course the board. Why not hold a games night on one of these cold winter nights and recreate the TV game?

The game is simple enough to play and follows the game plan of the TV show. You’ll know you’ve won when you’ve accumulated the most money by guessing your way through the game, giving correct answers over the rounds. As the game goes on, more prize money is to be won!

Children enjoy playing because it’s a simple, fast paced game which is easy for them to understand; it doesn’t have an overly complicated goal. As most games suitable for older children, we teamed up the younger ones with the older ones and they all enthusiastically played until the game was over. They were so wrapped up in the game that by the time they had finished, they immediately wanted to play again!

Click over to our competition for your chance to win one of three games of Catch Phrase!

You can find more information and stockists over at www.drumondpark.com.