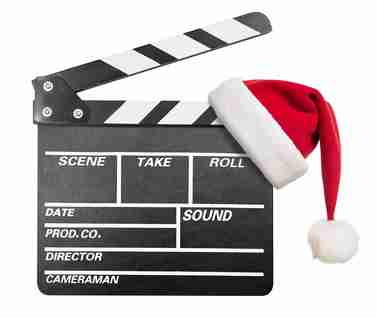 Whether you prefer black and white and traditional, or special effects and technicolour there’s a Christmas movie to suit every member of the family in our round-up.

Here (in no particular order) are ten of the best family favourites which are guaranteed to get the excitement rising and have you in the Christmas spirit in no time:

The Nightmare Before Christmas

Father Christmas is captured and tortured in this Tim Burton animation. While not something that younger children might appreciate, older children will understand and enjoy the lighthearted humour behind this not-quite-horror. Great music, fun songs to sing along to and a terrific story to boot. Good stuff!

The Nightmare Before Christmas is available for only £3 at Amazon now.

With so many versions of this story on film, this is by far our favourite. The actors play their parts with emotion and humility, convincingly telling the story of two ordinary people whose lives are changed by something quite miraculous yet extremely unbelievable.

You can buy The Nativity Story under £4 (including free delivery) at Amazon.

The 3D computer animated effects bring this film to life in an entirely new way. The scenery as the train travels is breathtaking – even though you know it isn’t real – and the characters expressions are so lifelike that you could easily forget they are animated. A lovely story which is beautifully told, this is definitely one of our firm favourites.

Click here to buy The Polar Express from Amazon now.

Can you believe that this film is already ten-years-old? It tells the story of a human who is adopted and raised by elves, who grows up to return to the human world in search of his real father. It’s funny, it’s emotional, it’s got a feelgood factor all of its own. An absolute must-watch for the whole family to enjoy.

Elf is available at Amazon for only £5 now.

Nobody but nobody tells a tale like Dr Seuss, and How the Grinch Stole Christmas is no exception. See it brought to life in this film version. If you love the story you’ll love the film just as much.

The Grinch is available to buy at Amazon for only £3.

As the Christmas family use their skills and technical expertise to ensure yet another glitch-free Christmas for all the children in the world, Santa’s son Arthur takes care of all the letters sent in by the boys and girls. We see just how Santa can possibly deliver to everyone, everywhere in just one night. However, what happens when times is running out and it seems one little girl won’t be receiving her gift? Cue Arthur!

Arthur Christmas is available for £5 now at Amazon.

Christmas isn’t Christmas without this one. Dudley Moore plays Patch the elf brilliantly. The story is heartwarming and enjoyable. With no major special effects or animation this film is what it is – a lovely, Christmassy movie that the whole family will absolutely love.

Buy Santa Claus – The Movie for just £3 at Amazon now

which tells the tale of a young girl who wants nothing more for Christmas than a family – complete with Father and baby brother. Kris Kringle (Attenborough) is the store Santa who sets out to prove that the real Santa truly does exist, and in whom Susan confides her Christmas dream. Will it come true? Hankies required whichever version you opt for!

Treat the family to Miracle On 34th Street for only £3

It doesn’t matter at all that this film was made over sixty years ago. It’s a simple story about George, a man who spends his life making other people’s lives better. Stresses get to him and he believes he has nothing to live for. His suicide on Christmas Eve brings about the intervention of his guardian angel who shows him just how precious his life is – not only to him but to everyone around him. A beautiful story, beautifully told. Cry? You definitely will! Love it? You definitely will.

Treat yourself to this classic from Amazon now.

You can’t think Christmas without remembering the story of Ebeneezer Scrooge in A Christmas Carol. See how the ghosts of Christmas past, present and future make him re-think his ways in this Dickens classic. With so many versions of the film out there you may find it difficult to choose your favourite. This version isn’t a bad one to begin with. Perfect, in fact!

Buy A Christmas Carol for under £4 with free delivery

Did your favourite film get a mention? What would you recommend? Let us know in the comments below!