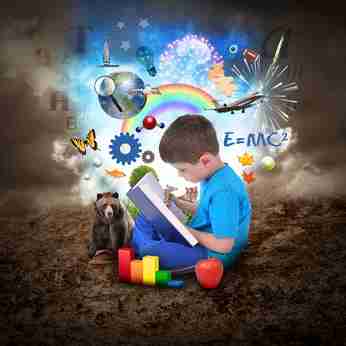 Since beginning home educating we have used the ACE curriculum by TEACH. The reason we began using it was because it was the only curriculum available here in the UK which was suitable for children from pre-school age up to and including secondary age.

Knowing how my own time was limited, and how many children of different ages and abilities we would be teaching, a ready curriculum which they had everything ready and prepared, which they could sit and open up and get to work at each morning, seemed perfect.

ACE covers several different subjects including Maths, English, Science, Word Building (spelling), Literature & Creative Writing, Bible and Social Studies with further ‘electives’ available for older students.  It offered moderation of tests and certification at the end which would determine your child achieving one of five levels of education from Foundation GCSE level to A-Level equivalent, through which they could apply and be accepted into universities. Sounds okay so far.

We were relatively happy with the material. It seemed to cover what they needed and the children were learning effectively. However, although the curriculum was pleasing, the customer service was not very good from the off. We put much of it down to teething issues but mistakes were many; orders were overlooked, books and paperwork sent to incorrect address, overpayments were taken. In this case, when items were ordered you would be charged the full amount, but if items were out of stock your card would not be refunded automatically. You would receive a monthly statement which states what payments have been taken and you would have to specifically request any repayments owed to you to be made.

Whilst the books are quite good –  well laid out and explanatory – they are quite expensive. Cost is an average of £4 per workbook, with another £4 per score key (answer books) – although some score keys cover three workbooks. It is recommended that each child completes 12 workbooks per year, per subject, so that can be £96 per year, per child for one subject. Multiply that by 7 subjects and it amounts to almost £700 per child, per year which is rather a lot of money for what it is. Add to this the yearly membership fee that TEACH charges for your family to join, which is about £150 a year, plus the fee they charge parents for the materials and tests that they themselves need to take before they can enrol their children to TEACH (I can’t remember the figure but I think it too might be around £150, which needs to be retaken every three years to, and I paraphrase, ‘ensure parents are still up to date’) and it comes to quite a lot of money over all.

Recently we realised that the children were getting a little bored with the books. They provide adequate explanation but the exercises are repetitive. Rather than children being encouraged to think and work things out for themselves, they work on teaching by rote and repetition. Our children like to question things and like to be challenged, so it came to a point where simply filling in blanks was becoming tedious for them.

Also, many things were tailored for the US rather than the UK, although they are working their way through updating material, I believe. We felt we could no longer excuse the amount of money we were paying out for something which was no longer working but with the home education market still way behind the US, finding a curriculum is limited. While many home educators choose not to use a curriculum at all but to work autonomously, every family is different and we all have different circumstances, different priorities, different needs and work in different ways. Our family knows from experience that autonomous learning doesn’t work for us, and we are all far more productive and efficient with the help of a curriculum.

For Oliver and Patrick we switched to books from Letts or CGP, which are cheaply and readily available, especially from book stores such as The Works which often sell them for far less than you’d find elsewhere. You can find a great range of workbooks for preschoolers and younger children

to get them started, but I also believe that young children learn a great deal through play too. At this age they do not need to sit down attempting hours and hours of work a day. Reading to them is perfect in several ways; it teaches them self-control in sitting still for a time, it encourages a love of books and we’ve found that it makes them keen to learn to read themselves.

Sid (7), Eddie (8) and Harry (10) now have their own selection of workbooks which we found at Galore Park, who offer a fantastic range of books suitable for children from 4 to 16-years-old. The books are reasonably priced and superb quality too at around £12-£15 each, with accompanying answer books or downloads available for each text book. One book will cover about a year’s worth of learning, so being the equivalent of two ACE workbooks and score keys in the old curriculum – about a month and a half’s worth. Samples of the books are available to look at over on the Galore Park website.

The children are covering a greater range of subjects now; Maths, English, History, Science for Sid, whereas Eddie has added Classical Greek, Greeks and Romans, and Latin to his selection. Harry is studying the same as Eddie, with Geography thrown in too. Sid works on three of his four subjects each day, and Eddie works on three or four of his, whilst Harry works on four.

These books actually challenge children, setting tasks and exercises throughout which encourage them to think and work things out

Price-wise, it’s much more cost effective, coming in at well under £700 for the entire year for four children, making not only a huge difference to their education but also to our pockets. Better for less? That suits us perfectly!