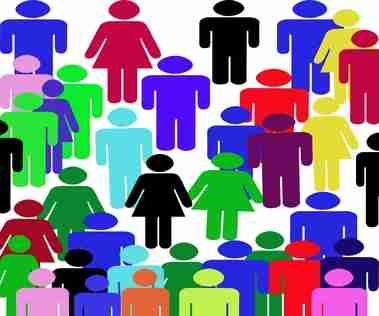 Sir David Attenborough has hit the news today with his view that people should not be allowed to have large families.

His opinion is clear.  Stop the large families and the rest of us can have more ‘stuff’: “If you were able to persuade people that it is irresponsible to have large families in this day and age, and if material wealth and material conditions are such that people value their materialistic life and don’t suffer as a consequence, then that’s all to the good.”

Advocating China’s one-child policy, Attenborough says that humans have stopped evolving due to stopping natural selection, and raising 95-99% of their babies which are born.  As a result of stopping this process of natural selection – I assume by the excellent medical  leaps and bounds by which babies who once would have died are now able to go on to live long and healthy lives – he believes that large families should now be stopped in order to limit the population.

He hasn’t mentioned that the total fertility rate worldwide has actually decreased.  He hasn’t mentioned that the world’s population has been increasing not because of growing birthrates which have actually been dropping, but primarily because of better education regarding health and because of medical advancements leading not only to a decrease in infant mortality, in stopping or curing of once-fatal diseases and also of people living to ripe old ages.  He hasn’t mentioned that China is in a deep pensions crisis, with not enough workers to support the country’s elderly and that it also has a worrying imbalance of males to females.  He has also ignored the fact that the entire world’s population can fit into the country of Wales.  His sole belief is that the birth rate needs to be controlled in order to curb population.

I find it ironic, therefore, that he has chosen to work against natural selection himself and to be fitted with a pacemaker.  A typical overpopulationist opinion of: ‘Overpopulation? It can’t be me. It must be you!’