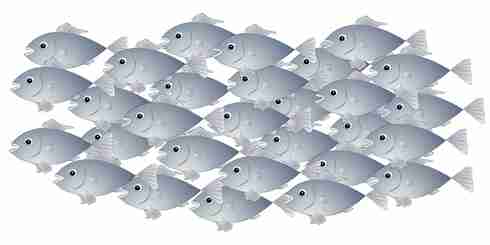 We have been home educating for a number of years now and still the most frequently asked question is: ‘What about socialisation?’.

I am sure we aren’t the only home educating family to be asked this.  In fact, I am prepared to wager everything I own that it’s the most frequently asked question for most, if not all home educators.

My short answer would be: ‘Well, what about it?’

But perhaps you would appreciate a little more explanation on why socialisation isn’t an issue.

Those unfamiliar with home education are very quick to assume that home educators are at a serious disadvantage compared to school children.  So many up-in-arms comments have been made regarding the appalling lack of socialisation which they must endure, with demands to send them to school so that they know how to live in ‘the real world’.

I have heard so many people say that although they liked the idea of home educating they or their partners were put off by the issue of socialisation, and feared that the lack of mixing with others would negatively affect their children.  And so that demonstrates just how misled and unfounded their fears are.  Quite honestly, of all the things to ponder where home educating is concerned, socialisation is the one you should least worry over.  It’s completely, totally unnecessary and an unfounded, mythical anxiety which shouldn’t even exist – let alone one which casts such negative aspersions over something which can be – and indeed is – an extremely positive alternative to mainstream schooling.

I have seen and heard comments including – but not limited to – the following:

The problem is that nobody making these comments has actually stopped to think just how far a classroom and school environment actually is from ‘the real world’ to which they refer.

My site demographics show that the wide majority of readers of this site are adults.  There is quite an age range but adults, nonetheless.  Now, think back to your own school days and then think to any job or life situation you have been in since which has replicated that class environment you experienced for eleven or so years.  Is there even one, single instance you can say has reproduced those hazy, school days of sitting in a roomful of people your age, where you do the same thing at the same time as dictated by one senior, older person?

So you would agree that your school days bear no resemblance whatsoever to your life in ‘the real world’ since?

How can a classroom prepare a child for the real world when it is nothing like it, and nothing like any situation they will ever experience during their adulthood?

The school environment could not be further from how the real world operates.

Question: What is the one thing a school is for?

Answer: A school is for learning.

Not socialising.  Not talking.  Not for playing or gossiping or having fun.  It was created with the aim of educating children – not for providing a daily outing for the youngsters in the community to gather for fun and games. As cynical as that may sound it is the truth and that is the reason that schools exist.

In the real world true socialisation naturally occurs in every scenario you can think of, from shopping to working to holidaying – even to family life.  In each of these very different situations you will deal with a variety of people in a range of ages and all of this happens naturally.

In school, a child is placed in a room with 25 or 30 other children who are the same age.  They spend a minimum of six hours a day herded from room to room – sometimes to be placed and spoken to with a couple of hundred other children – other times to be placed and spoken to within their group of 25 or 30.  All of these times require them to not speak to each other but to listen to the teacher.  They are told when to change rooms, when to sit, when to stand and when they can visit the bathroom, and there is no flexibility in how or what they can learn despite what skills and talents each child could offer because the curriculum says no.

From these minimum six or seven hours a day, a child is allowed three breaks – let’s say one 15 minute break in the morning, another in the afternoon and an hour for lunch.

So this makes a total of an hour and a half of socialisation a day.

Now, the children will tend to stay within their age groups with whom they are accustomed to be with – not mixing with the younger children because it wouldn’t be seen as ‘cool’ to do so, and avoiding the older children who really can be quite intimidating.  And so these 7 and a half hours of socialisation in an unrealistic, false environment has been created and is now the foundation on which every relationship in their entire adult lives is said to depend on.

How can eleven years socialising within such conditions provide a person with the necessary skills to interact with everyone from baby to the aged?  It can’t, because they won’t ever socialise with this range of ages in this environment.  The only time they will do so is outside of a classroom in real life situations.

The only skills they will gain is how to deal with people their own age – whatever that age is at that particular time of their lives.  The problem with a roomful of people the same age is that they are all the same age.

Bear with me and let me explain!

A roomful of children the same age will be going through the same stage of life as everyone they are surrounded by, apart from the one older person who is the one giving out the orders.  All the children will be experiencing the same changes, the same confusions, the same anxieties and the same pressures as the other 25 – 30 people they spend their days with, day in and day out.   Yet, who can they turn to apart from each other, if each other is and has been their main source of socialisation for years?  Their own socialisation network is going through exactly the same thing they are – yet in the real world, where socialisation is not limited to a particular age group, there is access to a range of support, advice and perspectives from those not only the same age but from those ranging from very young to very old.  In other words – real socialisation.

So how do home educated children actually socialise?

Well, let’s go back and remember that truly speaking, a child attending school is only really ‘supposed’ to socialise during break times – which we have established to be approximately 7½ hours out of a 30 – 35 hour school week.

Now, there is no rule which states that home educators and children attending schools cannot integrate during after school activities.  With a huge range of sports clubs, dance classes, choirs or organisations such as Scouts, Brownies, Guides, Boys and Girls Brigades there should already be a ready choice of clubs and associations to choose from.  Each of these provides a minimum hour or two of socialisation – within a real life social environment made up of children of different ages – and that’s without taking into account all the extra activities that each of these clubs will undertake.  Once you also take into account the concerts, the day trips, the camps and the performances that each of these produce you can easily find that enrolling with one or two of these alone will exceed the 7½ hours of socialisation per week that they would receive within a school environment.

Then, and this is often a surprise to those unfamiliar with home educating, but it seems that home educators are a resourceful bunch as almost every, single area nationwide seems to have several different groups or activities which have been arranged by and for fellow home educators.  The list of activities is wide and varied – but there is certainly no end of events, activities and clubs that home educators can participate in.  They could be anything from educational group trips to arranging sports days, trips to the beach or regular, weekly sports activities.  And remember that the cost of visiting places and organising these things is often much lower as home educators have the advantage of booking them during the quieter periods of term-times, when everyone else is in school.  There are even summer camps and festivals for home educators to get together each year including the popular and ever-growing HESFES.

So when you think about it, the worry of a child not benefiting from enough socialisation needed to survive and get on in the real world should be aimed toward those attending school rather than the home educated kids!

I am currently putting together a list of resources and links which you may find useful, but a quick Google search along the lines of ‘home educating groups …’ inserted with the area you live in should provide an instant list of groups you can look up.  There are also many Yahoo groups and resources available for those of you looking to find fellow home educators and I have yet to find a home educator unhappy to talk to those who are considering home education or wish to know more about it.

Knowing what a misunderstood issue and negatively regarded assumption it is, I am sure there is far more we could have covered.  Many more of you might have questions that I haven’t been able to address so I’ll be happy to follow this up in future with another post, and if any home educators would like to throw in their own experiences, stories or words of advice I’d be thrilled to hear from you.

Please do leave your comments regarding this post or on socialisation in general below or email me at family@largerfamilylife.com.

6 thoughts on “Home education and socialisation: Why it’s not a matter of one or the other”