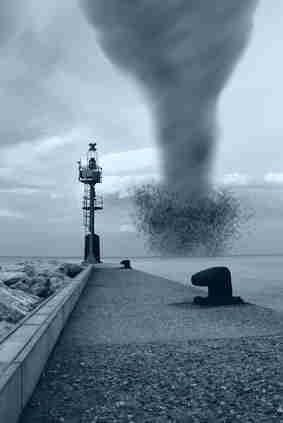 With two children celebrating a birthday in the next couple of weeks and this little thing called Christmas in between, this is shaping up to be a frightfully manic week.

Currently, I am sitting at my desk trying to create a post with some semblance of meaning.

The kids are alternating between arguing (loudly) and playing (loudly) and, as my efforts to ignore them aren’t working, I’ve resorted to cranking up a CD of Christmas songs at full volume in an effort to drown them out.  This, I know, will not be making ‘The Grinch’ (Ben) in the next room happy as he tries to sleep in preparation for a night shift at work.

Sid’s birthday is on Sunday. Christmas is in four days.  As far as I can make out I have ordered or bought everyone’s gifts.  Despite my efforts in staying organised and on top of things it seems some forces are against me.  My problem being that I don’t know what has or hasn’t been delivered and so I don’t know if items haven’t arrived or are missing.  One store has already missed out on sending things they stated they have sent but haven’t.  Oh, and of course they have charged me already for these things.  And despite several emails they are insisting I phone their line to arrange redelivery, even though I’ve already told them I want the items redelivered.  So I ring the line and stay on hold and nothing is resolved and we are several things down.

We had a photoshoot for a newspaper on Saturday.  Stephanie came over for the day, taught the kids their ABC in sign language, wound them up like pencils wound tightly around elastic bands and then left, releasing the elastic bands on her exit.

On Monday the journalist rang to say they needed to re-shoot a few pictures so could they return on Tuesday?  Yes, fine, but in the meantime Paddy was poorly and by the end of yesterday Eddie was lying on the sofa with no energy and little inclination to do anything but feel sorry for himself.  This doesn’t bode well when there are 13 of you for any bug to make its way through.

She’s a good baby, although that question does make me laugh.

Well, she hasn’t got an ASBO yet.

She’s nocturnal though, waking several times at night.  If I’m lucky I’ll sleep for two hours straight but usually she’s up for a chat regularly during night time hours.

Days are different.  She sleeps like a log even with all the noise and arguing and laughing and running around.  Even Phil Spector’s CD cranked up doesn’t have any effect.

Maybe she and I will sort through the as yet unopened boxes mounting up, crossing off the spreadsheet list as we go and emailing and chasing missing orders at 1am.

At this rate I’ll be on a 24 hour rolling rota between now and January.

So that’s how things are in our house!

How are your preparations going?

One thought on “A whirlwind week”