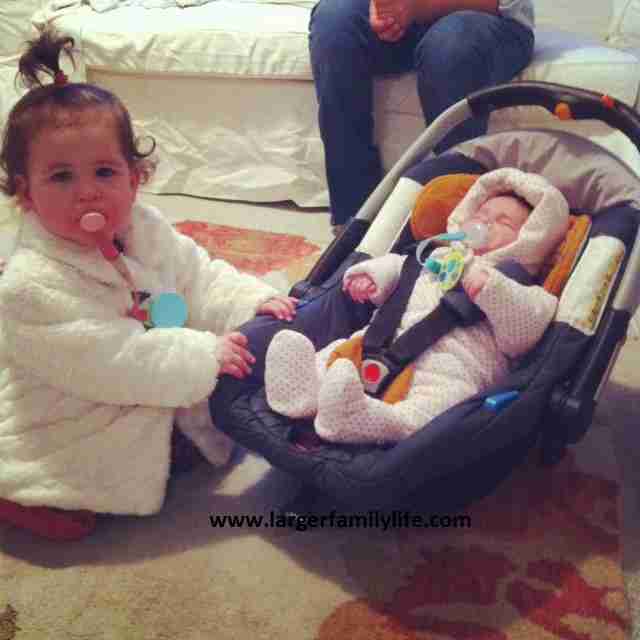 As schools up and down the country prepare to finish for the Christmas break, Mike and I made a last minute decision to take the children out for their very own end-of-term treat.

Wanting to make the most of places being relatively quiet whilst other children were still in school we decided to make Friday ‘The Day’.  On Thursday evening we announced that Friday would be a day free from lessons.  Needless to say, this was much to the kids’ delight heightened by news that instead we would be doing something a little bit different.

Friday morning was dark, cold, miserable and lashing with rain.  Really, we couldn’t possibly have picked a worse day for venturing out, it seemed.  It was the perfect day for staying in, watching a movie and drinking hot chocolate with marshmallows.  Instead we were digging out layers of clothing, wrapping up warmly and debating over who was going to leave the bowling alley victorious.

We arrived five minutes before opening time but soon enough the doors opened and battle commenced!

After an hour and a half two winners emerged.  Caitlin claimed the prize for the team of older children, whilst Oliver’s repeated ‘spares’ earned him the King Pin title of the younger ones.

All that bowling was hungry work and so came our next surprise… lunch at Pizza Hut!  The kids were thrilled with the very rare treat of eating out…

…even if much of it did end up around their mouths rather than in them!

Mike and I were thrilled that between the children’s menus and three weekday buffet deals the total cost for 12 of us came to under £60!  Not bad at all, we thought!

The children all did us proud, behaving excellently throughout.  Whilst we appreciated that fact and were pleased at just how decently they all acted, it was further confirmed when two strangers stopped by our table.

I turned around when I overheard someone say, ‘Just ask them!’ to be faced with two young girls who I would guess to be in their teens.

‘Excuse me,’ one asked ‘but are you all one family?’

‘Wow!  How many children do you have?!’ she asked.

I explained that there were 12 children in total but we only had 10 of them with us as the oldest two were working.

‘My mum was one of eight,’ the girl who approached us told us, ‘but I’ve never seen a family this big in real life before.  I’m sorry if you think we’re being rude.  Do you usually get a lot of questions?’

‘I suppose so, but then again I suppose we’re quite unusual being so many of us!’

Then, before turning to leave she stopped.  ‘But they’re all so well behaved!’ she remarked, perhaps surprised that so many children were not running riot and creating a deafening din amongst their fellow diners.

We appreciate it so much when that happens.  I’m sure the children appreciate hearing praise from strangers, and it does make them realise that people are aware and do watch them when we’re out and about.

We do explain to the children that people are likely to remember them and we ask them how they would rather be remembered.  Would it be as ‘those naughty, rude kids’ or ‘those good, polite children’?  Unsurprisingly, they all opt for the latter.

It is unavoidable that we will draw attention to ourselves when we are all out together.  The number of us is bound to receive a glance or two from passers-by yet, for someone to stop and take the time to comment positively really does do a lot for the soul, both for the children and for us as parents.

Those are the moments you try to remember when things aren’t going as you’d like.  The days when you think creatures who eat their offspring when they are young are actually onto something.  Those days where all hell is breaking loose, where children are arguing, the yelling reaches thunderous proportions, the demands are never-ending and you feel like the vein in the side of your head is going to pop at any moment.  Is there a parent on earth who doesn’t have days like that?  Do you know the ones I mean?

Those days are hard!

So to that young lady I want to say a big thank you.  You probably didn’t realise the impact of those words but you really made a difference.

2 thoughts on “The words of a stranger”