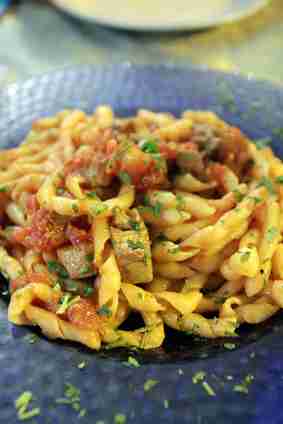 Today’s recipe is brought to you in association with The Reel Fish Company.  The name might not be too familiar with you yet but trust me, it will be.

We find tuna a great alternative to meat.  Not only is it beneficial health-wise thanks to its protein packed, omega-3 properties but it makes a good, cheaper alternative when you want a great meal on a tight budget.

However, as positive as tuna is, there are many who are concerned about the methods used to catch the fish and the subsequent consequences and effects on marine life.

Two such people were Bryn and Angela who, after years of trying to convince others of the importance of using a sustainable alternative to nets, finally turned their backs on the canned fish industry and took the plunge into creating a canned fish company which relied solely on pole and line.

Their research finally brought them to the Maldives.  Being the only country which doesn’t allow purse seiners into its waters and one which still uses traditional pole and line methods of catching fish it was the perfect solution and so from the seas of the Maldives to a home office in Chester, The Reel Fish Company was created.

Not only does the traditional pole and line method of catching each and every skipjack tuna ensure that marine life as a whole remains safe from the perils of the alternative net fishing, but local fishermen can support their families through their job which pays them fairly.  This means that The Reel Fish Company can not only stick to their ‘never from nets’ promise but also rest reassured knowing that they are supporting local workers, families and communities at the same time.

We liked that!  And so it seemed did the major supermarkets who have snapped up the oppor-tuna-ty (sorry – I just couldn’t resist!) to stock their products.

Why not go and grab a couple of cans and try out our deliciously tasty, wonderfully healthy yet amazingly reasonable-on-the-pocket recipe today?

(serves 8-10.  You can halve the ingredients if you don’t need to cook for as many!)

Basil, salt and pepper to taste

Boil pasta as instructions until cooked.

Meanwhile, chop the onion and peppers and soften in a little oil over a low heat.

When onion and peppers are softened, add the tomatoes, sweetcorn and tuna and stir.  Add salt, pepper and basil to taste. Simmer gently whilst pasta cooks.

See?  It doesn’t get much quicker or easier than that, does it?

More about The Reel Fish Company can be found at their website www.reelfish.co.uk.