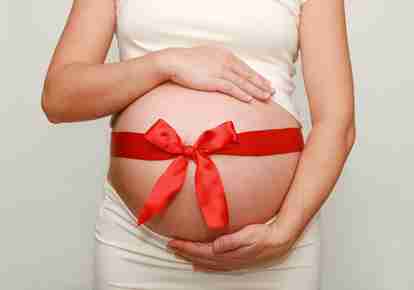 Today’s guest post is written by the wonderful Kerry, aka Multiple Mummy, who writes about a subject many large family mothers will be able to identify with, I’m sure!

When people use to ask me how many children I wanted and I said 4, they would raise an eyebrow, but say how lovely a big family would be and assumed sensible age gaps.

Life however, does not have a scripted plot and things can sometimes go along a new path that at the time has not been taken into consideration. This for example would be when I found out I was expecting again when Noah (my eldest child – who is now 3) was only 6 months old.  It was a surprise and we panicked about how we would cope financially, but we knew we wanted more and although has not plan that close together, thought it would all work out.

You can imagine the shock when, after a serious episode of hyperemesis which resorted in a hospital admission, we found out there was not one, but two in the there! Twin, we were expecting twins.

My sister joked and said what did we expect when we called the first one Noah, they were always going to come two by two after that.

The twin situation took finances out of our hands, as childcare and a teaching salary don’t add up and so we were going to have to survive on one income. It actually took the pressure off in terms of should I, shouldn’t I return to work.

The twins arrived one month early, leaving a 15-month age gap. When I brought them home, Noah was still wearing a baby grow!

Looking after three so young has had it moments of joy and jubilations, and equal share of stress, anxiety and exhaustion. But then parenting is like that isn’t it? Yes I have more in terms of quantity to do, but the principals and feeling of parenting are the same.

Straight away people assumed we were ‘done!’

‘No more for you guy’s then?’ they would say as if to seal the agreement.

Erm…sorry? Yes please. I am not 30 yet, I would still like more children, and it is not the baby thing, I love them at all ages.

Now I don’t know, whether psychologically I have only had two pregnancies and therefore the off switch has not occurred yet, but I honestly don’t feel I am finished. Just because we had twins does not mean that we still don’t want four. Why has twin’s suddenly changed the goal posts?

Now I know that this time I will have more of a sensible age gap as I want to be fair to the children I have and give them some more of my time. They have had to share me for such a long time, and have learned the words wait, one second and hang on a minute way ahead of other children, because you are always in the middle of something.  Noah starts school this September and I would like to see him settled, and then I have two wedding leading up to Christmas where I am bridesmaid, so I want to be neither fat or sick for either of those occasions, which leaves things open to the new year. If and only if I were lucky enough to conceive straight away, babies still take nine months to cook and so the twins would be four by the time a new baby came. Now don’t tell me that is not a sensible age gap?

I will get to enjoy having a newborn, the twins will have more pre-school places by then, and Noah will be in his second year of school, with the twins due to start that year. I think this is a working plan. Only issue maybe if I have twins again, as your odds increase second time round if your twins are non-identical.

I mentioned this to my husband, who very calmly said, ‘Great two babies, we won’t have to share!”

A family obsessed lady who turns the big 30 in April. Mummy to a three year old boy Noah and two year old twins Little Madam and Chilled Out Boy and I blog at Multiple Mummy which has just celebrated it’s 1st birthday. I am currently a stay at home due to childcare costs (please don’t get me on my soap box) and am a Science Teacher by Trade (I also co-write Science Sparks – http://www.science-sparks.com/) a job I love with a passion and hope to return to one day. Blogging has become my new addiction, and has kept my sanity. I am a chocoholic, a twitteroholic and a babyoholic and hope to have more! I am also a total geek! I used to be geek chic, but the chic bit has fallen off since having children! I’m a real people person and love a chat so please come and say hello.

If you would like to write a guest post for Larger Family Life drop me an email and let me know!