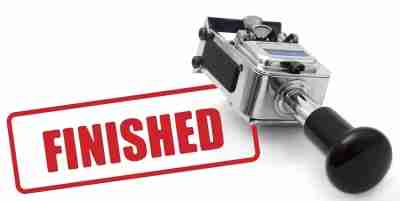 The programme aired last night and six months and hundreds of hours worth of filming has been condensed and edited into tiny snatches of our lives.

I’m relieved that it’s all over.  I thought it was a more positive take on large families but the constraints of time means they have definitely only managed to scratch a tiny bit of the surface of real, everyday life.

Certainly, there was so much more about homeschooling and how it actually works to what has been shown.  Whole days of filming, with an educational trip, actual lessons (rather than the general chat and recap which was shrunk into seconds of footage) and explanations about curriculum and tests and the different kind of homeschooling methods were omitted.  Mind you, I’m not too concerned given that in real life (if you’re basing opinions on the snatch they showed) the six, seven and eight year olds as well as Caitlin (who was 11 at the time of filming – not 13) can all tell you in detail about the Treaty of Versailles and the Munich Treaty as well as files of progress and test results.  I know it works well, we have proof already in how effective it is yet I don’t think the depth of it all was clearly portrayed.

Edit: I know it was portrayed that we keep the children locked in the house and learning around the kitchen table because we wanted to keep them from outside influences. The question I was asked was did I think there were bad influences in schools and I answered that yes there were but added that there were bad influences everywhere and we’re not naive enough to think that we can protect them all the time.  This was cut rather differently.  I wrote a series of posts a few years ago on the reasons we chose to home educate.  To cocoon the children from “the outside world” wasn’t it!  You can read them here:

Do they mix with other children – of course they do -several times a week!  Just because they don’t go to school does not mean they do not socialise!

Do they ever leave our side?  Of course!  They go off to Beaver or Guide camps and concerts and trips just like any other child.

Do I think I know everything to teach them? – No way! That is why we buy in a curriculum which each child works to according to their ability – not their age.  This means that if they need to focus on one field or topic a little longer they can, and if they are able to progress further in something else they can do that too.  They aren’t limited by having to work lock-step with 20-something other children.  This was our concern and first reason for deciding to homeschool.

The older two children were barely mentioned, and only had a fleeting look-in at the very start of the programme.  I felt a little sad about that.  In fairness though, they were unable to come over for much of the filming due to college and work commitments.

The headaches and sickness were hardly life threatening – being due to a urine infection, it emerged.  My first ever urine infection I have ever experienced in any of my pregnancies – not bad going at all – but obviously explaining and including that would have detracted from the drama of the pregnancy.

It would have been nice to have seen some of the fun moments in our lives.  Once again though, our story was taken from the dramatic angle and so I guess they had to stick with that line.

I did enjoy looking back at my pregnancy.  I cringed at hearing and seeing myself and got emotional watching the twins being born, marvelling at how much they have grown.

We thoroughly enjoyed filming, we loved the end result and thought the programme was very well done but feel that there was still so much that had to be missed out in the final programme.  We’re bracing ourselves for negativity but I’m hoping we’ve managed to show large families in at least a little bit more of a positive light.

For anyone who is interested in our story written in our own words, either about our life as a large family or our twin pregnancy please click here to find out more about our books.

Editing to add:  I was not “rushed into theatre” to have the twins delivered.  Neither their lives nor mine were ever at risk.  I was scheduled to have a c-section on Thursday 20th October. I went in for my pre-op appointment on Monday 17th October where it was discovered I was lightly contracting.  They admitted me overnight, then at 2pm the following afternoon decided to bring the c-section forward as I was 3 cm dilated.

I am not dying! I never was.  I have always had perfectly good health in pregnancy – in ALL my pregnancies.  The headaches were put down to a urine infection which was picked up with a blood test.  I have never experienced a urine infection in any of my previous pregnancies until this one.

The “clot on the lungs” thing was precautionary.  They wanted to rule out any clot but took into account that I was 34 wks pg with twins and so thought that was more likely the reason for my breathlessness.  I was upset not because I was dying or in danger, but because I had only gone in for an appointment and then told I had to be admitted. Unless I am in labour or having a baby, I do not like to go into hospital!  I hope that clarifies a few more things!

Please feel free to ask any questions or address any concerns either by leaving a comment below or by emailing me at family@largerfamilylife.com.