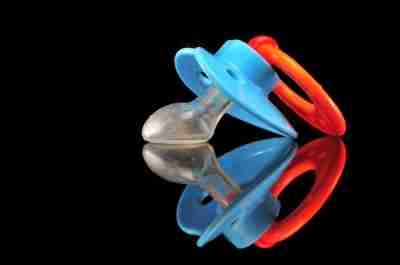 A lot has been said about how I risked my own and my twins’ lives for my Catholic faith.

As I said repeatedly in the interview, I am not a Catholic.  Only this wasn’t shown.

I am a Christian.  I was baptised Greek Orthodox.

Though Mike and I grew up believing in God, we didn’t go to church or know very much about anything to do with religion or the Bible until about three or four years ago.   I told our story in how we came to find our faith back in this post written back in 2009, and this was explained in the six months worth of interviews for 15 Kids and Counting. *Edit: Again presumptions are being made without clicking on the link provided. I am not Catholic. Mike & all but two oldest are. That’s the short version. If you’d like more on faith please click the link.  If not, you don’t have to but the story is there.

While we were prepared to be slated for having a faith, because, let’s face it, religion is a taboo subject in this country now, I am angry that  Catholicism has been portrayed as leaving us no option but to continue to have children even though my life is in danger.  Except my life isn’t in danger and never has been.

In my post a couple of days ago titled “Glad that’s over – The truth about 15 Kids and Counting” I explained how my headaches which began at 32 weeks into my twin pregnancy were caused by a urine infection.  I had never experienced any problems during any of my pregnancies, let alone life threatening ones.  I had never even experienced a urine infection until this one.  This was taken out of context.

The show cuts to me supposedly rushing in to be checked.  In reality that was a routine appointment with my consultant which had been arranged two months previously.  Hardly emergency time.  It was made to look as I was rushed in for a clot on my lungs.

There was no clot on my lungs.

I was now 34 weeks pregnant with twins and when I went in for the routine appointment I was told that though the breathlessness was probably being caused by the twins pushing my lungs up and that they wanted to admit me in order to run a quick 20 minute scan the following morning to make sure there was no clot.

I was upset, not because I was told I was dying but because I had gone to the hospital expecting to get my c-section date and would then return home.  Instead I had to stay in overnight to make sure I would be seen first when the nuclear medicine clinic opened in the morning.  I wanted to be at home.  I had to go home to get a bag packed (where I was filmed telling Mike what was going on) and then had to rush back in an hour.  That was why I was upset.

The programme made it look like I had a clot and was rushed in to theatre to deliver the twins in order to save our lives.  This was not the case as I have already explained.  To quote myself, ” I was not “rushed into theatre” to have the twins delivered.  Neither their lives nor mine were ever at risk.  I was scheduled to have a c-section on Thursday 20th October. I went in for my pre-op appointment on Monday 17th October where it was discovered I was lightly contracting.  They admitted me overnight, then at 2pm the following afternoon decided to bring the c-section forward as I was 3 cm dilated.”  I was 36+3 weeks pregnant when they were delivered.  None of us needed any extra medical care and we were back home two days later.  I then had a birthday party four days later as that was what the crew wanted to film.  They didn’t use that footage apart from the very beginning when you see Ben and Steph (my oldest two children from a previous relationship) come in – although sadly they were never mentioned after that.

The clip where they have me saying “Please let everything be ok and if it’s not please give me the strength to deal with it” was in reference to when I began bleeding early on during my twin pregnancy.  Instead it was made to look like I was begging to live!  You can read the post I wrote last year where I refer to saying that prayer outside of the Early Pregnancy Clinic while I was waiting for my scan.  This was the day I found out we were expecting two babies, instead of one.

So you see, my life has never been in danger.  Not for this pregnancy.  Not for any of my pregnancies.  Throughout the interviews they kept asking me how it was to have such terrible pregnancies and I kept answering, “But I don’t! I have very good pregnancies! It was a urine infection!”.  That wouldn’t have made good viewing.

This is why you see Mike saying something to the effect of thinking the risks are worth taking.  Not because he’s risking my life or our babies lives at all, but because he began his sentence explaining how we normally have very easy pregnancies.  He was telling the interviewer how the hospital classes me as being high risk because I am an “older mother” at 37 and because I have had 3 c-sections.  Apart from the worry of miscarrying, and pregnancy tiredness at the start and the end, I am normally very fit and healthy.  In fact, one of the pieces they missed out was a field trip to a Wildlife Park (lots of walking!) when I was 31 weeks pregnant.  You can also follow a previous pregnancy I blogged here back in 2010 if you’d like to.

Anyway, all this has had people up in arms over how irresponsible we are.  I don’t blame the judgements and comments some are making (and some of them are really hurtful).  They’re going by what they’ve seen.

Catholicism has been portrayed negatively and I am concerned about that.  The teachings state that children are blessings (yes we agree with that.  The miscarriages made us appreciate that. But I’ve gone into detail in that in our book).

Mike and I agreed together that we would no longer use birth control and feel it is wrong for us to do so, being willing to accept the possibility that I may become pregnant.  This goes hand in hand though that I may not.  As explained, we don’t try to conceive but we don’t try to avoid either.  This was very cleverly edited.  As explained when we were interviewed, this is our decision that we reached together as a married couple.  We both stated that we appreciated not everyone agreed with us and we didn’t feel it was our place to tell others what to do – that something like this was a decision for a husband and wife to make together.  However, it was made to look like I was dictating that nobody should use birth control.

Catholicism does state that Natural Family Planning can be used if there is a real, valid reason to avoid pregnancy, such as mother’s health, medical issues or genuine, unselfish reasons (not for wanting to buy a new car or flatscreen TV instead, for example).  We would not hesitate to use NFP to avoid a pregnancy if I were told another pregnancy would potentially kill me or my baby.  However, this has never, ever happened.  Like I said, my life is not in danger and it never, ever has been.  Why aren’t we using NFP now?  Because we would gladly have more children, and because if I were to fall pregnant again the likelihood is that I may miscarry again.  Falling pregnant isn’t a guarantee that we will have a baby so if we do have another baby in nine months we feel blessed and lucky beyond belief.

Of course there is concern about having had four caesareans but as I have had no issues and my uterus is still in good shape (apparently!) I haven’t been told I cannot have another baby but that it would be preferable to wait two years.  I don’t think that would have made such good viewing though.  Something like this is only a decision that can be made after seeking the advice of your consultant.  If my consultant were to say my uterus was ripped to shreds and told me in no uncertain terms I must not fall pregnant again, I certainly wouldn’t be saying that we may or may not have more.

Well, I hope I have cleared up a lot of concerns and please do share this post and yesterday’s post with anyone who still believes what they watched.  The URL for that is: http://www.largerfamilylife.com/2012/01/18/glad-thats-over-the-truth-about-15-kids-and-counting/

It really isn’t nice to be insulted for something that isn’t true and is hurtful when negative comments about my intelligence and mental state are being made for a reason that doesn’t exist.  By all means, you can think I’m mad for having more than two children but please don’t criticise me for something that I haven’t done.

Like I said yesterday, if you still have any questions at all please do let me know.