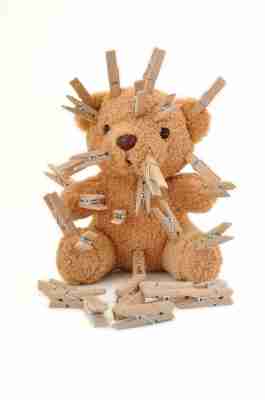 As our family has grown, so my parenting style has changed.  Not least, my opinion on children and chores.

When my oldest two were very young and they were my only children, I believed in letting children be children.  My theory was that they would work enough when they grew older and childhood was for playing.  This resulted in me trying to clear up the trail of devastation they’d leave in their wake – often not successfully as they were quicker at making the mess than I was at tidying it.

As the family grew, I realised that I couldn’t continue that way of thinking any more.  Not only was it impractical to have three, four or five children creating a huge mess that I was expected to clear up, but it wasn’t doing them any favours in preparing them for adulthood.

I realised that there wasn’t going to be any kind of a lightbulb moment when a child hit the age of eighteen, whereby they would suddenly know how to cook a meal or make a bed or clean a toilet.  I was not preparing them for the future and I was not encouraging them to develop any kind of work ethic or sense of responsibility.

It wasn’t long before I worked out that even the youngest toddler could learn to put toys away into a box, or to put a book back on a shelf.  Any child can do an age appropriate chore and so that’s what I set about teaching them.

Wiping cupboard doors and appliances, cleaning the dining chairs and table and buffing the windows are all things even the smallest ones can do.  Even learning to separate the colours from the whites for the laundry, and learning to operate the washing machine and dryer are skills that can be developed (though they also need to realise that those jobs must be done only when they are being supervised by mum or dad).

What are your thoughts on the subject of children and chores?  Do you believe that teaching them to work is equipping them for adult life or do you think, as I once did, that children should be children and that there will be enough time for them to work when they’re grown?

23 thoughts on “Should children do chores?”