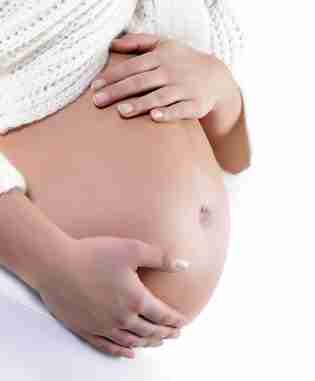 1. Haemorrhoids are only funny when they’re affecting somebody else and not you. That hilarious joke you made about offering to knit someone a woolly hat for their piles is no longer humourous when they say it back to you.

2. Your house will look like a fully licensed pharmacy and by the end of your nine months you will be an expert on all medications including but not limited to iron, antacids, piles and if you’re really unlucky, thrush.

3. You’ll be amazed that your body can stretch so much despite thinking weeks ago that you were about to burst. Is there no end to your elasticity, you wonder.  Apparently not.

4. The floor gets further away the bigger you get. It is also at this stage that you will drop things more often. And making the sound “Aauurghah!” when you pick things up doesn’t actually help, although may be therapeutic to do.

5. The most high intensity workout you have ever managed to achieve is only possible when you are eight months pregnant and trying to find a comfortable position to sleep in. Surely the calorie burn from that alone should be enough to get rid of any excess pregnancy weight?

6. Once you have finally found a comfortable position to sleep in/exhausted yourself to the point of unconsciousness you will need to wake for the toilet. That is the law.

7. Pregnancy hormones are real. They are only a fake symptom when other women are pregnant. Military cutbacks can be solved by taking on an army of hormonal pregnant women. After all, who in the world would take them on? Have you seen us at our worst?

8. At least once during the end of your pregnancy you will wonder if your waters had broken or you had an accident. People will be excited if you trickle amniotic fluid. Not so much if it’s urine.

9. No other woman in the world knows how you feel and yes, you are the only women to have ever been pregnant. Who’s going to argue? (See #7 for case in point).

If you think that birth brings an end to the journey of the worry train that you’ve been on for the last nine months you’re wrong.

No matter how old they get.