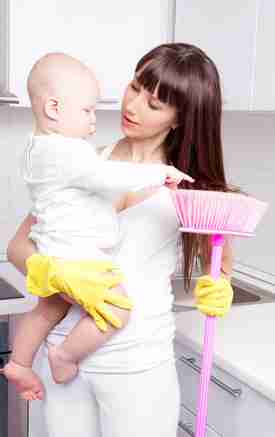 When the family was smaller and we had fewer children Michael and I were like ships passing in the night. He would get up at 5am to go to work, then he’d return at 6.30pm and two nights a week I’d pass him by at the front door in order for me to get to work for 7pm. I’d leave the office at 11pm, diverting the phones in order to work from home until eight o’clock the following morning.

On Friday nights he would sleep over at his parents home closer to his workplace, so that he could work overtime on Saturday mornings. He’d return at 1.30pm, for me to pass him by the front door to begin work at 2pm until 11pm, again diverting the phones before leaving the office to work until 8am the following morning. Every alternate Sunday I’d work 2-11pm too, plus the night on call.

But then I also had a second, and soon after a third job working from home.

We did this right up until I was made redundant from my office job while on maternity leave with my sixth child. I would never have imagined us being able to cope without this income, but thanks to some tweaking and cutting back on the budget and to having my second homebased job we managed. We’d put the work in, we’d paid some debts off and things were getting a little easier financially, so even though I initially worried that I would have to try to find another out of the home job it soon emerged that actually, we were just fine!

Earlier on this year we made the decision that I would give up my job from home as a cloth nappy (diaper) advisor. I was pregnant with my eighth child, coping with the stress of not knowing whether he was healthy or not and consequently back and fourth from the hospital. We had also embarked on homeschooling during this period. The business demanded more of me than I was able to give and the income was becoming lower and lower. I was already under pressure and stress, and finally it came to a head when at 7 months pregnant I became ill.

We had to make a decision. We sat down and talked about it. It had got to the point where my job was a hindrance to the family rather than a benefit to it. The money side was no longer an issue, due to the decrease in earnings over a period of time. With some extra frugality and the fact that our debts had also lessened over time we weren’t in a terrible position to be in. Not a great position but not in one whereby we didn’t have a choice available to us.

For the first time in years I was not a working mother. Even writing that makes me wonder what kind of mother doesn’t actually work. What I mean is that I didn’t have a job which brought in an income. I have plenty of work to do within the home, thank you very much!

My days were no busier than normal. I would run the home as always. I would get up early, do the housework, cook the meals, get through the laundry, homeschool the children, pick up and drop off, do the shopping…. you know how it all goes. My priorities were now all within my home. This was my full time job now and the first few weeks of not having to sit at the computer in the evenings in order to work felt very strange!

After Oliver was born we had to register his birth. We sat in the registrar’s office and began to go through the process of answering the questions. It got the asking about our jobs. I looked over at Michael, and the realisation hit me that for the first time in years I would be answer “housewife”. It was quite a moment!

“We do have other options you could state.” said the registrar.

She then reeled off a list of other things that sounded more official. More important even.

And at that moment another realisation hit me. To be a housewife isn’t thought to be enough. It’s as if it’s almost something to be ashamed of. So now we can use another title for it. “Domestic Engineer” instead of home-maker perhaps? How about “Child Mentor” instead of parent?

When did being a housewife and mother become something to be embarrassed about? When did it become classed as a role of drudgery? Of something almost, dare I say it, worthless?

It seems as if unless I had a job and a title which said that I brought a wage into the home, it wouldn’t be enough. It’s not enough to run a home or to look after a family any more. Why is that?

Even from a young age we as a society spend more time encouraging our daughters to think of their careers. Whilst this is no bad thing, it seems to be at the expense of practical skills. Home-cooking? Too time consuming. Sewing and needlework and mending clothes? Too old fashioned. Living within a budget? But credit’s so easy!

And when asked what they want to do when they grow older, a young girl can’t simply answer of “A wife” or “A mum”. “Yes, but what else?!”.

I find it a very sad state of affairs that such an important role can be viewed with such disdain and sneered at. When we’re conditioning our children to think that you can’t be happy to have a successful marriage and strong family unit. To me, that’s an achievement to be proud of. My role in the running of the home and the raising of the family is one cog in the overall machinery. A car won’t work without fuel. A plant won’t grow without air.

My contribution to the home and family is important isn’t it? So why do I still feel I need to explain why I’m not bringing in a wage from outside the home?

When did it become “not enough”?

14 thoughts on “Housewife and mother = Not enough?”