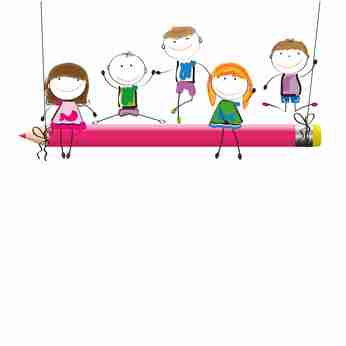 I’ve been asked about why we decided to remove our children from the education system in favour of homeschooling them. My emailed reply became rather long-winded and as I’d been intending to blog about our decision I’ve tweaked it and decided to post it here. However, it’s long and so in an effort to keep you from wanting to stick forks in your eyes through boredom I’ll be breaking it down. And yes, before you say it, I am opinionated!

Why we decided to homeschool: Part One

A few years ago our second daughter Stephanie ended up being homeschooled at the age of 11. This was after a mixture of bullying and not getting any of her choice of secondary school. We firstly found out that she had been given a place at a school with an absolutely awful reputation and Ofsted report, and our appeal failed. We weren’t prepared to let her go there and so began looking into homeschooling with a view to starting in September that year. Then within the following weeks, some bullying had got increasingly worse at the junior school she was still attending.

One day she was crying because she had once again told a teacher about the problems she was having with some particular girls and the teacher sent Stephanie to summon the girls in for a telling off. Of course she was worried about the repercussions and so we made the decision that she wouldn’t be going back. We homeschooled her for two years. The first was autonomous. We didn’t follow any particular curriculum or anything. She chose topics to learn about and then worked on them.

The second year was more structured, which I much preferred. Having a brother a year older than herself, I bought the text books he had been using the year before and she followed pretty much the curriculum he had done. A lot of my time though, was spent researching, planning and arranging lessons for her. By the time she was due to start GCSE’s we had moved and she went back to a different school, and despite being deeply unhappy at the thought of returning she settled in well and is enjoying it. She was worried that she wouldn’t be at the same level or standard as her new peers but she needn’t have worried as she far exceeded them, and then some, which made her very happy. She now has a year left and is expected to achieve high grades in her exams next year.

Anyway, Caitlin was happy in school, and so was Harry when he started. However, my husband Michael and I were unhappy with a number of things. Firstly, there are some very good teachers out there. I don’t think I’ve come across many, if any, that aren’t good. But they aren’t being allowed to teach any more! Unfortunately, the government seems so set on creating little robots, with test after test, and a one size fits all education. You cannot teach millions of children the same thing, the same way, at the same time. You cannot hammer them into the shape you want them to be. But the government thinks it can.

My husband and I were no longer happy handing over the care of our children to teachers who had the pressure only of meeting targets, as it’s no longer about teaching children. I don’t blame the teachers. They have an extremely difficult job to do with seemingly little support. I do feel strongly that the government is to blame for the education system crumbling. I feel it’s more about pushing their future voters through the production line from an early age as possible, be it nursery or lowering compulsory school age or pushing daycare centres and schemes to enable parents to work or to have a break even. It’s good if that’s your choice but I don’t see any support to encourage or strengthen the family unit, or to help parents actually be parents to their children.

I feel the school day is far too long for poor little four and five year olds. My children were so tired when they finally got home. They’d be miserable, and it didn’t seem there was any quality time with the family any more. They didn’t want to talk about what they did once the novelty of the first week or two wore off. Conversation now consisted of single word replies, or even just zoning out because they were so tired.

There isn’t any ground work done and there isn’t any consistency either. There seems to be a different way of doing the same thing each new school year.

Discipline in schools is close to non existent. We were fed up with children being rewarded for sitting still during registration when our children, the ones that were learning and putting their effort into actual work, were overlooked. Harry had several problems with one boy in particular. In reception his ear was cut with a pair of scissors. Harry had been repeatedly pushed, hit, shoved, spat on and was shouted at in his face at close range. He had his work destroyed and when he told the teacher the child in question was not spoken to, but Harry was told to redo his work.

It’s not the teachers fault in most of the cases. There just isn’t a clear line any more for some kids on what’s acceptable and what isn’t. Teachers have no authority, or power to discipline children any more. The children have the upper hand. And if they have little respect when they are young it is unlikely to increase as they get older, and so the problems continue and only get worse once they reach senior school age. While the majority of children do want to learn, it only takes one or two to disrupt a whole class. And the child’s view is, “What are you gonna do about it?”.

You can read the rest of the series of posts here:

Why we decided to homeschool: Part Two

Why we decided to homeschool: Part Three

Why we decided to homeschool: Part Four

12 thoughts on “Why we decided to homeschool: Part One”