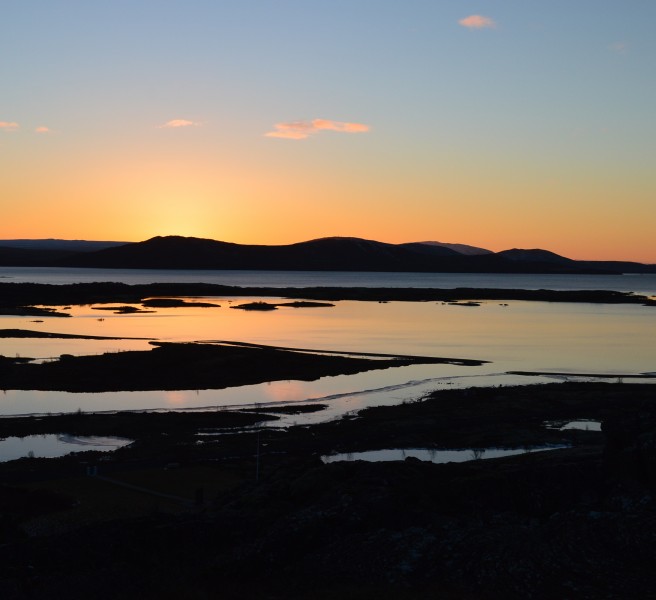 We were aware of Iceland’s stunning scenery, breath-taking natural sights and, of course, the chance of witnessing the nocturnal dance of the northern lights across its skies, but what we did not know as much of, if anything about, was Iceland’s belief in the unbelievable. Cait and Mike’s visit to Iceland introduced them to the story of Gryla and her sons but it soon became evident that the folklore and fables did not stop there.

Belief in the “huldufólk”, or “hidden people” is widespread and tales have been told for centuries, having been handed down from generation to generation. Not only was story-telling a major form of entertainment during the cold and unforgivingly harsh winter nights, but it was also an effective way of conveying the story of survival in this beautiful land’s harsh wilderness. However, these aren’t just your averages stories, with superstition so rife within the Icelandic population that serious steps are taken to ensure the huldufólk are not angered or upset in any way.

It doesn’t really matter whether you believe in the folklore or not, the stories are a great way to get your imagination going. Whether you prefer a guided tour of the home of these fabulous myths or booking some car rentals in Iceland to discover them for yourself, what better way to visit this land of folklore and mystery than with these tales in mind?

The story of the Huldufólk

The term Huldufólk, the name used to refer to ‘the hidden people’, is said to have been taken from the synonym álfar meaning ‘elves’ from as far back as the 19th century. Opinion is now divided as to whether the more derogatory reference of álfar might not be used due to its perjorative nature or whether the two terms refer to two completely different types of hidden people. Either way, the age-old story of creation of the hidden people is credited to Adam and Eve. Well, of course! Who else? But how? Well, the story goes that Eve’s children had been out playing all day and, with a visit from God imminent and time running out, Eve didn’t have time to wash all her children and make them presentable. Rather than having God face her grubby offspring, she instructed them to hide away in the caves until God had left. There were so many of them, she reasoned, that surely he wouldn’t notice a few missing here and there. So, God came along for his visit, looked around and felt all was not right.

‘Are all the children here, Eve?’ he asked.

But God wasn’t so certain.

‘Are you quite sure all your children are here, Eve?’

And that is how the hidden people came to be, showing themselves now only to whom they choose.

Grýla and the Yule Lads

The deep dark caves of Iceland are home to troll Grýla and her husband Leppalúði. Here, the evil child-eating trolls live with their 13 children. As Grýla cooks up kids in her cauldron, her sons take it in turns to visit children on each of the 13 nights in the run-up to Christmas. The children will wake to receive either a reward or a punishment depending on their behaviour that year. Some stories are told depict the Yule Lads as perfectly harmless pranksters while others are far more disturbing and far less child-friendly! Cait, in all her humour, decided to bring me home a model of Grýla, claiming she reminded her of someone she knows. And while I come to think of it, Oscar’s pronunciation of ‘Grandma’ is somewhat questionable. CAIT!!!

The Trolls of Vík í Mýrdal

To the unknowing eye it is easy to believe that these are simply two rocks towering up from the seas of southern Iceland near the village of Vík í Mýrdal. These basalt sea stacks, the Reynisdrangar, stand 217ft high at the end of one of the black sand beaches of Iceland, are actually two trolls that were turned to stone by the sunlight after taking too long to drag a three-mast ship in from the sea to land. Really.

The Legend of Drangey Island

Visible from the shores of Skagafjörður in northern Iceland, Drangey Island was once frequently visited by men who would visit in order to hunt its birds or collect their eggs. These men would be sent plummeting to their deaths by the island’s demon and so, the patron Saint of the island, Gudmunder the Good was called upon to help. After blessing the island, Gudmender crossed paths with the demon and granted him a small place to live high in the cliffs. The area is now known as Heathen Cliff and neither hunting birds nor egg picking now occurs, making Drangey the safe habitat for a wide and diverse range of birds.