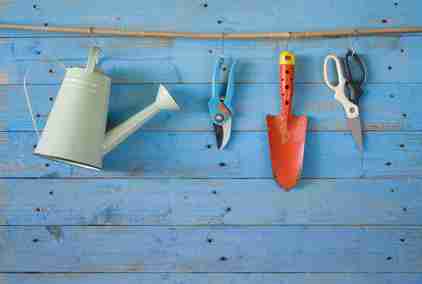 Gardening is a hobby for many people across the UK. In fact, the Horticultural Trades Association reported that over two-thirds of British adults visit a garden centre every year. In 2016, the UK Houzz Landscaping Trends Survey also revealed that 59% of homeowners prioritised outdoor living as the biggest influence in their overall outdoor project design.

The UK’s love of gardening seems to be growing strong! We have teamed up with Suttons, advocates of grow your own vegetables, to take a closer look:

The market value of home and garden products has grown by 4,548.1 million euros since 2014 — demonstrating the rise of interest in decorating and spending time in the garden. Similarly, Wickes has seen a 30% increase in year-on-year sales of garden lighting, which suggests that more people are spending time in the garden even when the sun goes down and perhaps in the colder months too.

It’s been suggested that the interest in gardening has been steadily growing over the past 10-15 years due to the amount of disposable income that Brits have. In 2016, research concluded that 27 million people in Britain were partaking in gardening. More young people are considering a career in the industry too — a sharp increase has been noticed in the amount of 16 to 18 year olds who are looking to complete horticulture courses at college.

There have been concerns regarding the popularity of gardening though, as it was reported that many people were paving over their front gardens with gravel for ease of maintenance or parking purposes. With the rise of urban living, it has also been reported that many people will be living without any access to a garden in the near future. However, trends have adapted and there has been a rise in the purchase of shrubbery as people try to make the most of their limited space.

More people are enjoying watching gardening programmes on TV too – one in four Brits claimed that they used gardening TV shows as inspiration for their own gardens. A garden transformation show called Love Your Garden, hosted by Alan Titchmarsh, saw its viewing figures hit 4 million this summer. Similarly, 3.14 million tuned in to watch the RHS Chelsea Flower Show in May, which is coverage of a 5-day long garden show of innovative gardeners and their designs.

It appears as though many people are turning to Google for gardening advice now as well.

When researching around the term ‘grow your own’, more people search for this in May. This is possibly down to the beginning of the bank holidays and the rise in temperatures. On average, 50,000 more searches were made around the term in 2017 than in 2014.

The lowest levels of searches around this term were in the month of December, however, an increase of 30,000 searches can still be noticed between 2014 and 2017. This could be down to the rise in ‘DIY’ kits that have seeds, tools and soil in that they can be given as a gift and used to grow vegetables in the garden.

Significantly more people are searching for local garden centres too. In April 2015, there were around 230,000 searches made around the term ‘garden centres near me’ and in 2017, this figure had risen to around 700,000.

Other search terms which have generated more popularity include; ‘gardening ideas’, which saw its search volume increase by around 130,000 between 2015 and 2017, and the search volume of ‘gardening programmes’, which increased by around 350,000 in the same period.

As our love of gardening grows, trends are expected to change to accommodate for the loss of green spaces. If you’re not already part of the hype, get in the garden or visit your local garden centre to see what it’s all about!

One thought on “The UK’s love of gardening”