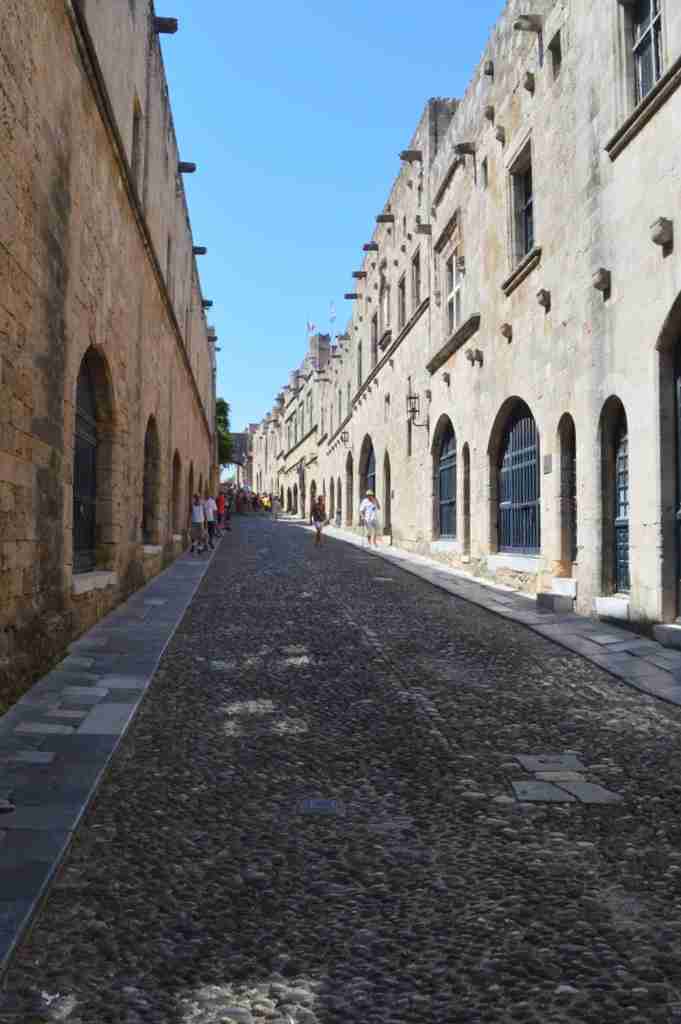 If you are have a visit to Rhodes planned you will be spoilt for choice for things to do. Being the largest of the Dodecanese Islands, Rhodes has something for everybody and with a great selection of hotels in Rhodes to choose from, you will be sure of a trip packed with culture, sights and the most delicious food, whether you are seeking a quiet getaway or want to immerse yourself into the hustle and bustle of the town.

Rhodes Old Town is only a 25 minute drive from the airport with taxis operating on a flat rate between the two. Things to do in Rhodes Town are great and varied and you definitely wouldn’t want to miss all it has to offer. Even if you aren’t staying within the town, it’s well worth a ride in to see these not-to-miss places:

The Fortress of St Nicholas The Fortress of St Nicholas sits at the end of the Mandraki harbour. It was originally built as a round tower between 1464 and 1467 and was the point from which the military would guard the island from attackers. The fortress was adorned with the relief of St Nicholas and the coats of arms of Peter Raymond Zacosta – the creator behind the fort – and of the Duke of Burgundy who financed its construction were also featured.

The tower suffered extensive damage during the siege of 1480 then was further destroyed in the earthquake of 1481. When d’Aubusson began work to rebuild the tower a bastion was also added around it, as well as a small chapel dedicated to St Nicholas within the stone walls of the structure itself. Although much of it is cordoned off it is still well worth taking a walk to the end of the harbour to visit the fortress and see the cannonballs and even some cannons which still remain.

The Windmills of Rhodes The Windmills of Rhodes are also known as the Windmills of Mandraki due to the fact that they stand on the Mandraki Harbour. Boats would arrive at the harbour and grains would be taken to the mills directly from the boats and ground into flour.

The Lady of the Castle Cathedral – Panagia tou Kastrou

The Lady of the Castle Cathedral (Panagia tou Kastrou) was the main place of worship for the Knights of Rhodes, also known as the Order of Saint John, and its remains can still be seen. The Knights of Rhodes are the most successful Roman Catholic Military Orders of the time, and after the First Crusade became a religious order which operated from Rhodes after losing the Holy Land in the first conquest of Jerusalem. The fortifications on the island were erected by the Order of Saint John and were designed to withstand enemy attack, doing so successfully for many years.

The Dry Moat of Rhodes The Dry Moat is part of the fortifications built upon the existing Byzantine structures. It spans a width of 21 metres with 12 metre thick walls running a distance of approximately 4km. The moat was never filled completely with water  – its size didn’t allow it – but is now a dry moat instead. As you walk through you can see the stone cannonballslodged fast into the sides of the walls and it’s thought that where they are seen is their original landing place.

The Palace of the Grand Master The Palace of the Grand Master of the Knights of Rhodes (Kastello) displays its typical gothic architecture in the most magnificent sense. The Knights of Rhodes The Knights used it as their headquarters and as a fortress from which to defend the island from enemy attack as well as a palace. Whilst the exterior remains much the same as it was when it was originally built, a devastating explosion resulted in the interior being rebuilt as an Italian reconstruction in the 1940s.