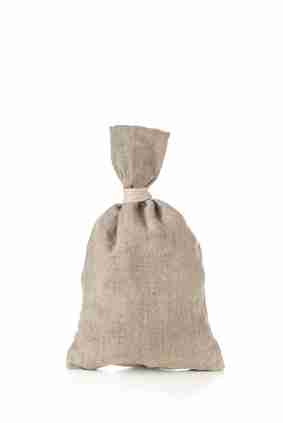 Are you mildly superstitious when it comes to walking under ladders and stepping in front of black cats? Throughout history, certain beliefs and superstitions have been attached to wealth and abundance.Here, icount.co.uk share the origins of some of the funny money traditions we practice all around the globe.

This famous folklore is practised in most English speaking countries. It states that when children lose one of their baby teeth, they should place it underneath their pillow. The tooth fairy will then visit when they sleep and replace the tooth with a small payment. A survey by Visa found that on average a child receives $3.70 (£2.51) per tooth.

Why do many of us make the audacious attempt of picking up a penny from the street? Well, this comes from the famous old Rhyme “Find a penny, pick it up, and all day long you’ll have good luck”. Some people even take the superstition a step further, by only stopping to pick up the coin if it’s head-side up; believing that if the tail side is on display it’s bad luck.

Maybe you have had heard a similar adage, but this one actually makes sense. This tradition is of Greek origin. It basically means when you see that you have no money over and over again, you tell your mind that you have nothing. While it definitely could be a reality that someone has very little funds, there are tricks you can play with your mind.

A sixpence in the bride’s shoe

On a baby girl’s first father’s day, it is tradition for the father to be given a lucky sixpence coin, to be returned to her on the day of her wedding. This sixpence is placed in the bride’s shoe and is said to bring good luck and fortune throughout the bride’s life.

In Scotland, there is a tradition called the ‘Wedding Scramble’. As the bride steps into the car, her father throws a handful of coins for the children attending the wedding to collect. This is believed to bring about financial good fortune.

Apparently in Taiwan it does. According to popular myth, a poor Taiwanese farmer came across an unusual tree one day. The farmer then uprooted it and brought it home. He began selling plants from its seeds. The farmer prospered and the tree became a symbol of wealth and good luck.

Throwing coins in a fountain

Dropping coins into water started as a way to thank the Gods for the gift of clean water and ask for good health. These prayers eventually evolved into the modern-day practice of throwing money into wishing wells and fountains.

The Chinese are very suspicious when it comes to money and yet they are one of the richest countries in the world. From the number 8 to the colour red. There is a money superstition for almost everything in China.

This is one of the more widely known Chinese traditions, the New Year red envelopes are presented to children on New Year’s Day. Instead of Santa Claus or presents under the tree, you get a red envelope with money inside. The words for red envelope: “hong pao” in mandarin, “lai see” in Cantonese.

Do you know of any other money traditions? Please do share them with us in the comments below!