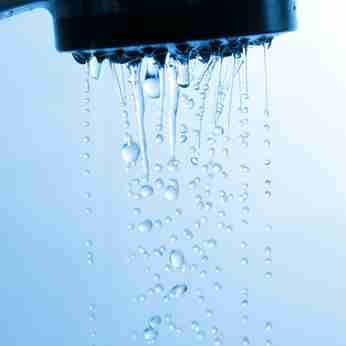 It’s an amazing thing to consider, but a ten-minute shower uses up to 70 gallons of water, especially if it’s a power shower. In fact, after toilets and washing machines, showers are often the biggest water users in your home. The energy used to heat the water accounts for a large part of your energy bills as well. A shower may not seem to use that much water, as it runs away down the plughole, but the average shower time is eight minutes, and many people take two or even three showers a day. That is an awful lot of water to be heating and then pouring down the drain.

Could you use less?

It would be a really great idea to try. Water is a precious resource, and we should be thinking about how we can use it responsibly and without waste. One way we can reduce our water consumption is by reducing the amount of time we spend in the shower. Three minutes seems a very short time to get clean, but it’s actually possible: here are some ideas that you can try.

How to cut down on your shower time

Cutting your shower time down to three minutes is good for the environment and good for your energy bills. And you’ll save up to twelve hours a year, which you could use in so many other ways!