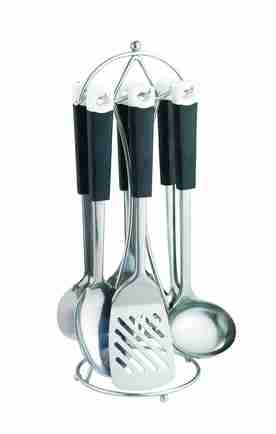 Christmas came and went and already seems a distant memory.

This year we managed to keep to a tighter than usual budget, and Mike and I agreed that we would focus on the children’s gifts rather than each other. We had a few token gifts for the children to hand to us but as there was nothing in particula either of us wanted at this moment in time, neither of us wanted to waste money which we could save and use later on when there was something we really wanted or needed.

When The Halifax contacted me shortly before the big day to ask who I would give something extra to this Christmas, it was without any hesitation that my answer would be Mike.

2014 will be the year that sees us celebrating the 25th anniversary of our first date. Since then we’ve experienced so many ups and downs, both bad and good and still he remains my rock. He always was, he always will be, and I wouldn’t have it any other way. Our children are so terribly lucky to have him as their father. My wish for my daughters is that they’ll find a husband half as good as he is, and my wish for my sons is that they follow in his footsteps.

The only problem is that I just couldn’t think of anything that he really, really wanted. Neither of us is very materialistic and don’t hanker after ‘stuff’. And after all, when you’ve already got me…

So I asked him.

‘If you could have anything at all for Christmas, what would it be?’

‘Well, you know that really good ladle? We need to replace the utensils because that one from Denby was really good quality.’

‘Seriously? I ask you what you’d like out of everything in the world and you tell me you want kitchen utensils?’

So that wasn’t helpful at all. What could I do? Wrap up a spatula?

And then I remembered to more than a year before when we were talking about the whole self-sufficiency thing. Mike already has breadmaking down to an art, and there’s nothing quite like homemade butter (see our recipes for step-by-step instructions to make your own). He’s even got his first batch of cheese maturing. The next step was making homemade sausages and mince meat. We looked around and found an excellent food processor which did everything; mixing, whisking, mincing, sausage-making, pasta attachments… the lot. The only snag was that it cost in the region of £800. A lot of money that we couldn’t justify spending on one machine.

I was actually browsing coffee machines before the ‘eureka’ moment hit me in the form of an additional recommendation at the bottom of one of the pages where I saw this!

It had fabulous reviews, offered a multitude of functions and was something that I knew he would love and we would all use. Plus, at under £100 to buy it was a bargain in comparison to the original appliance we’d seen more than a year ago, and yet it did all the same things and more.

was perfect, and as I suspected, extremely popular. It’s sturdy and tough, and can be used for everything from whisking meringues to preparing bread dough. The addition of the meat grinder and blender is an added bonus, so homemade yoghurt is on the go for delicious smoothies. It is easy to clean, simple to use and practically perfect in every way from what we’ve seen so far. Oh, and as suspected, Mike did love it.

It turns out that thanks to The Halifax and their challenge to give someone special a little extra, the rest of us are set to win too. I’ll get lots more lovely homemade food and treats as Mike works on his culinary skills, and you get to try out the recipes that he plans to share on the site! Win-win all round!

(Big thanks to The Halifax who provided an Amazon voucher which went towards the purchase of the extra special gift).