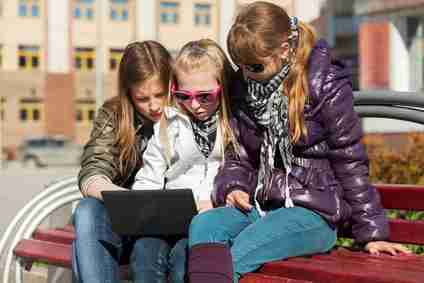 One in five parents have been ‘shocked’ by content they have discovered on their children’s email, text or Facebook account according to a recent study by internet and mobile security firm BullGuard.

The study of 2,000 parents of kids aged 10-17 showed 61 per cent regularly snoop on their kids with concerns emerging that one in five mums and dads are convinced their offspring lie about their age to gain access to social networking sites. Worryingly, the average child doesn’t actually know 40% of the people they are friends with on Facebook.

More than one in ten parents have had to deal with their child being bullied online and a whopping 17 per cent have had to intervene after their child was threatened. More concerning is that 23 per cent of parents said their child didn’t know the perpetrator.

As a result, one in four parents have confessed their snooping to their children because they were so concerned about what they found, and 16 per cent of parents said their offspring had signed up to social networking sites behind their back, despite the fact the children knew they would object.

Alex Balan, Head of Product Management at BullGuard said: “Parents do face a real moral dilemma as to whether they should check what their children are doing online. It’s understandable to want to keep tabs on the sites that they are visiting but whether to read private emails, texts and messages poses a real quandary for parents. Whilst you want to look out for your child and ensure they are safe you also want them to be technologically savvy and have their own independence.”

The main areas of concerns for parents were who their kids were talking to online, how much time they spend on the internet and the type of sites they are visiting with half of parents saying their biggest concerns when it came to social networking sites were that their children could be talking to complete strangers.

Posting suggestive pictures, declaring the family is on holiday and leaving the house empty and coming across as boastful were other concerns for parents.

Here are the top 10 ways that parents snoop:

What are your thoughts? Are you concerned about your child’s use of the internet? Do you snoop? Would you? Or is a child’s online activity something you believe is off-limits to parents? Leave your comments below.