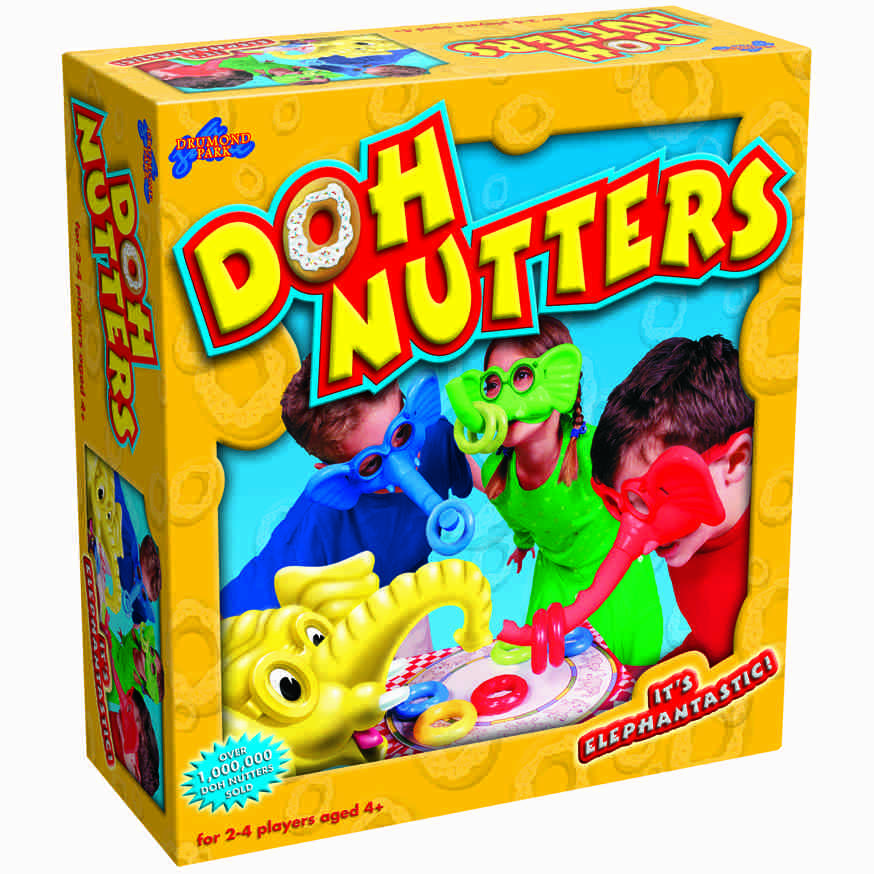 We’re all familiar with the Drumond Park game Doh Nutters. We have one ourselves, and many afternoons are well spent sat around in a circle playing the game for hours on end.

In case you’re not familiar with this game, the aim of it is to pick up four out of the sixteen of the plastic doughnuts whilst wearing an elephant mask. The mask would be a certain colour, and so obviously the doughnuts you’d have to pick up would be that colour (red, yellow, green or blue). But there’s a catch: You can only use the trunk of your mask.

It sounds like it would be a hard task, but it’s really quite the opposite. The rules are simple enough for a child of any age to understand, meaning you can begin playing almost immediately without having to read through pages of complicated instructions. Not to mention, it’s a competitive game that your child (and you!) will get hooked on immediately!  Whether it’s down to the game itself or just the mask with the big ears, we might never know.

Doh Nutters has been newly revamped, just in time for Christmas 2013. While the game still holds the same aim and rules as it’s always done, the box and the masks have had an extreme makeover. Instead of only a small amount of the trunks being the colour of the doughnuts, the entire mask matches them!

Doh Nutters is available from all good retailers

Click here for your chance to win one of 3 Doh Nutters!