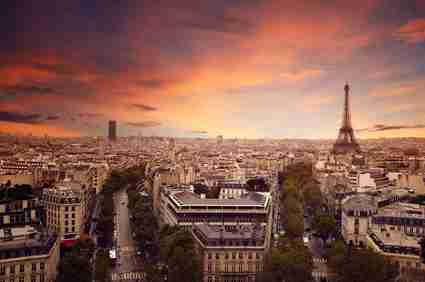 Tourist hotspots are great when you want to scrape the surface of a place but sometimes visiting the same old sights can leave you feeling that you want to do something a little different. Undoubtedly a beautiful country with many popular sights, convenient ferry crossings to France mean that you can be there in no time at all.  But how about trying something a little different on your next visit?

Here are ten usual things to do when you’ve exhausted the regular tourist haunts:

Water jousting has been held in Sete since 1666 where it began as a celebration of the foundation of the port.  Since then, every winner’s name has been engraved on a shield housed in the jousting room of the Paul Valery museum.  It’s a big event, with a colourful parade passing through to the sound of a drum and oboe playing the traditional jousting tune.  Yes, there is a jousting tune just for the occasion. Well worth a visit, if only for that!

Try your hand at bob-sleighing

Speed demons over the age of 14 can get their adrenaline rush at la Plagne’s Bob Track.  Choose from three experiences, from the gentle 80km per hour Bob Raft for beginners to a full competition run headed by a professional driver hitting speeds of up to 120km per hour!  This is not for the faint-hearted and bound to be an experience to remember!

Pick up a treasure at the biggest flea market in Europe

antiques-lover to leave with.  Spanning more than 100km of pavement space in Lille, this annual event is the largest flea market in Europe.  It is held on the first weekend in September every year.  However, with more than a million visitors heading over it’s a wise idea to travel in by public transport if you plan to hunt out a bargain yourself.

Meander through the Catacombs

The Catacombs of Paris are a network of underground tunnels which hold the remains of more than 6,000 people.  Originally mines, it was decided that all of Paris’ dead would be exhumed and transferred here from other cemeteries within the city walls.  Work began in 1976 and ended two years later.  Certainly, seeing walls made of remains of 6,000 people is not something you would see every day, though may be a little macabre for some!

Window shop with a difference

Manufacturers always want to convince people that their products really do work and Julien Arouze & Co in Paris is no exception.  This pest control shop shows off its success in the world of pest control by lining up their specialist subject in their shop windows for all to see.  Line upon line of dead rats hang as proof that these guys know their stuff when it comes to solving your rodent problems.  Why would you even think of going anywhere else?!

Okay, so it’s not a real one.  Take the imagination of Jules Verne, the mechanical knowledge of Da Vinci and the industrial history of Nantes and you end up with an interactive display of mechanical manta rays, sea snakes, and even an elephant that you can ride on.  Sleeping machines come to life as you pass, providing you with an education and fascinating insight as to their workings.  You can also sit back and enjoy the Machines de l’Iles concert taking place upon a lit stage.  Fun and educational in one!

In this abandoned quarry in Burgundy, time stands still.  The construction of Guédelon, a 13th Century castle, is underway.  32 tradesmen, dressed in traditional clothing, and using the same tools and methods are painstakingly building a castle just as they would have done hundreds of years ago.  Fancy giving them a hand?  You can!  Members of the public are allowed to join in with certain tasks.  Just imagine telling your grandchildren that you once built a medieval castle.  They’ll be guessing your age for a long, long time!

The Puy-de-Fou theme park in the Vendee region of France is a theme park with a difference.  As you walk through the gates you’ll be stepping back in time, visiting different eras throughout history.  Witness a gladiator battle in a Roman stadium, watch the

swashbuckling musketeers of the 17th century and protect yourself from a fierce Viking attack!  History is brought to life with huge, life-sized scenery and traditionally costumed actors taking the stage.  A not-to-be-missed adventure through time.

Ride along an underground river

Visit the Town of Books

Bibliophiles will be beside themselves in La Charité-sur-Loire.  Not known as The Book Town for nothing, its creation began in 1995 when one by one, booksellers bought up abandoned shops and transformed the previously unloved yet historical area into one celebrating the written word.  Find everything book-related here, from bookbinders to calligraphers, or participate in a biblio-themed workshop and learn a new craft!

So next time you holiday in France, remember that there are so many things to do which take you off the beaten track. You can even get your france travel documents venezuela, try something different and have a real story to tell?!

One thought on “10 Unusual Things to do in France”