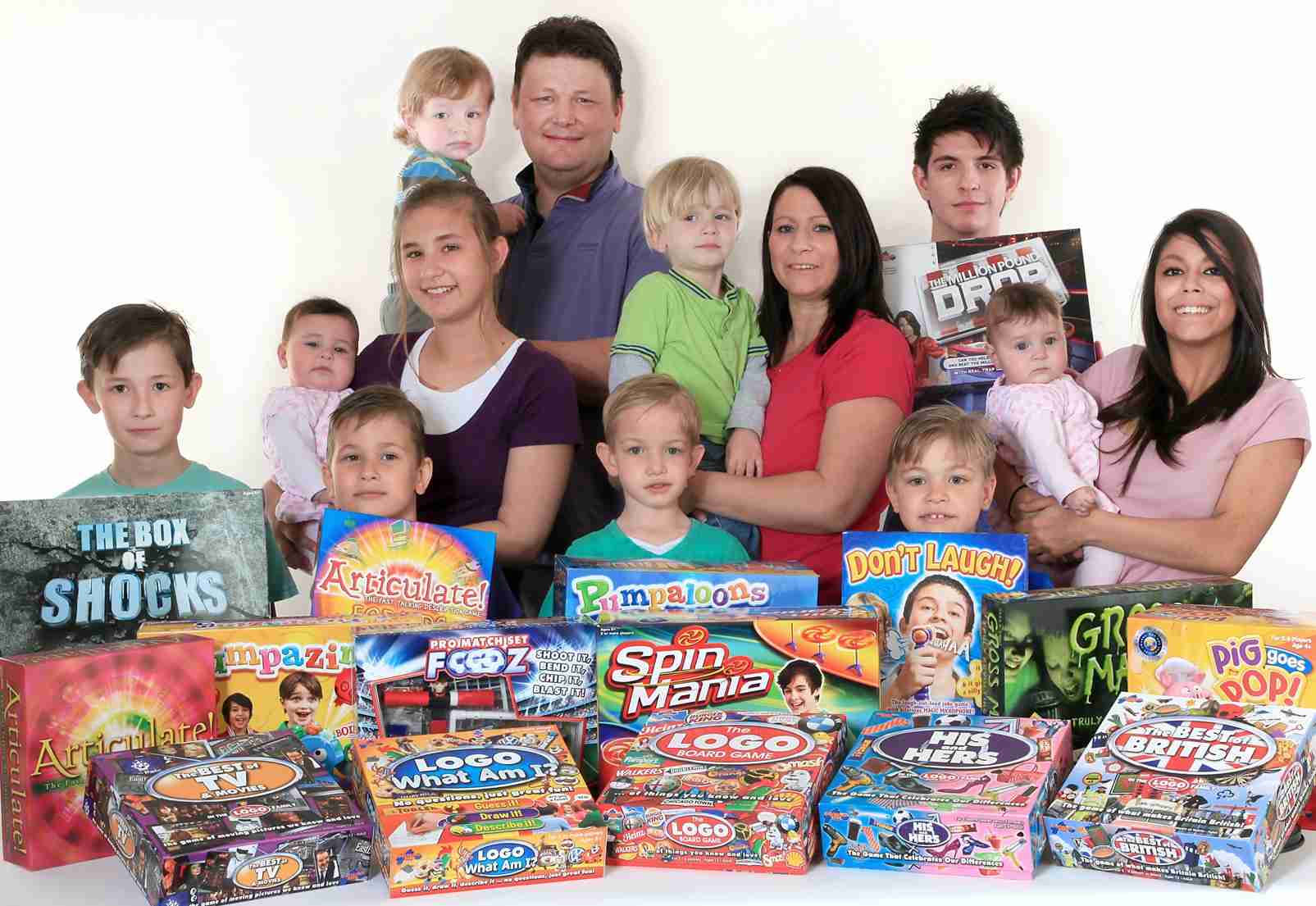 Well, what a fantastic time we had yesterday at Christmas in July on the Drumond Park stand!

It was an early departure from home with the taxi arriving to collect us at 7.30am.  The first half an hour or so of the journey went swimmingly, with clear roads and no delays at all.   The final seven miles took a further two hours!  Rush hour traffic in London is no joke!

Once we arrived it was fun, fun, fun.  Caitlin, Harry, Eddie, Sid, Paddy and I quickly found Drumond Park’s stand which was already set up and organised with the new games due to be released at the beginning of September.

The day was fabulous.  The children were busy demonstrating their table football skills with FOOOZ…

…and there were some very impressive demonstrations of the game that Harry has dubbed “The Best Game in the World!” – Spin Mania.

I thoroughly enjoyed meeting the steady but busy stream of journalists and bloggers and was very impressed with Caitlin’s networking skills.  I think I’ll be hiring her as my PA in a few more years!

Soon enough it was time to go home.  Paddy didn’t quite last the first ten minutes in the taxi on the way home…

… and I think the rest of us followed him shortly after!

The stories couldn’t come quickly enough when they were filling Daddy in on all he’d missed later on that afternoon.  Tired but happy, the kids thoroughly enjoyed the experience.

It was definitely another great day with Drumond Park!