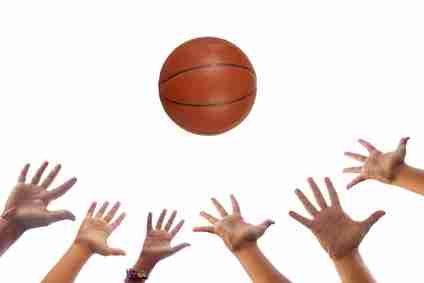 Let’s face it, kids can be pretty gender-stereotypical these days. There are kids who prefer trucks and cars over dolls and dress-up, and there are those who spend hours in their room playing games on their tablets. But there is still a need for toys that appeal to both boys and girls to help break down gender barriers. Toys that don’t reinforce stereotypes but actually challenge them! In this article, we’re highlighting five ways children benefit from gender-neutral toys.

When children play with gender-neutral toys, they are not only developing their creativity and sense of imagination, they are learning how to be “unlabeled.” This means that when a child plays with toys, they are not limited by restrictive gender roles.

Boys and girls learn from a young age that certain toys are for them. This can be true for either gender, as girls used to grow up with dolls and tea sets, while boys were often handed action figures and building blocks. But what do we really gain from this? Not much! These toys reinforce a particular image about the way boys and girls should act: boys are tough and aggressive, while girls like to wear pretty dresses.

They Introduce Kids To Stem/Steam Early

STEM is an acronym for Science, Technology, Engineering, and Mathematics and STEAM is an addition that includes art. These are careers that are expected to grow tremendously in the next decade or so as we move into an increasingly digital world.

There is also a growing number of paint-your-own and craft-your-own opportunities that are easily available. Art lessons for kids have been around for years, but it seems like recently, with the rise of electronic games and tablets, STEM has become more popular. With that in mind, it’s not surprising that more parents are buying goods in wooden toys store geared toward STEM.

It’s an unfortunate fact that sex role stereotyping is still prevalent in society. However, as children play with toys that are more gender-neutral, they begin to see how this world isn’t always black and white. For example, a girl who likes playing with cars can also like to design them. A boy who likes dolls can also like to make them. They may even want to create new ideas for toys or games.

They Open Kids Up To STEAM-Related Careers

More and more women and men are entering STEM and STEAM careers. If we hope to have a diversified workforce in the future, it’s essential that we start exposing kids to these careers early on. As noted earlier, more toys are becoming available for STEM skills. In addition, more diversity is coming into the manufacturing industry as well.

As children play with STEM toys, they are also learning how to use tools and materials. It’s hard to believe that builders and creators of today were once playing with Legos or Lincoln Logs. Maybe they built a beautiful castle, or maybe their creation fell apart the moment someone bumped into it, but either way, these toys opened their minds to new possibilities.

One of the most wonderful things about gender-neutral toys is that they allow children to develop their own identities. Society’s stereotypes no longer limit toys and activities.

In fact, playing with a toy that strays from the norm gives children a chance to learn about themselves and their surroundings. Many parents believe in supporting their child’s identity, and it starts with a toy.

One of the reasons that gender-neutral toys are more popular is because they empower children. Today’s children want to feel powerful. Why? Because they can.

There is a greater understanding today than ever that children with confidence and perseverance can do anything. They may not succeed, but that’s ok! As kids play with toys, they are also learning how to take risks, be bold and make mistakes.

As we move into the future, it’s essential that we support diversity and broaden our horizons. Gender-neutral toys can open up a world of possibilities for children, and this is just one of the many reasons they are becoming more popular.

Gender-neutral toys are great for a number of reasons. They allow children to break away from society’s stereotypes and develop their own identities. They are a great way to empower children and give them the confidence they need to make a difference. These toys open kids’ minds and help them learn about themselves, their surroundings, and the world around them.