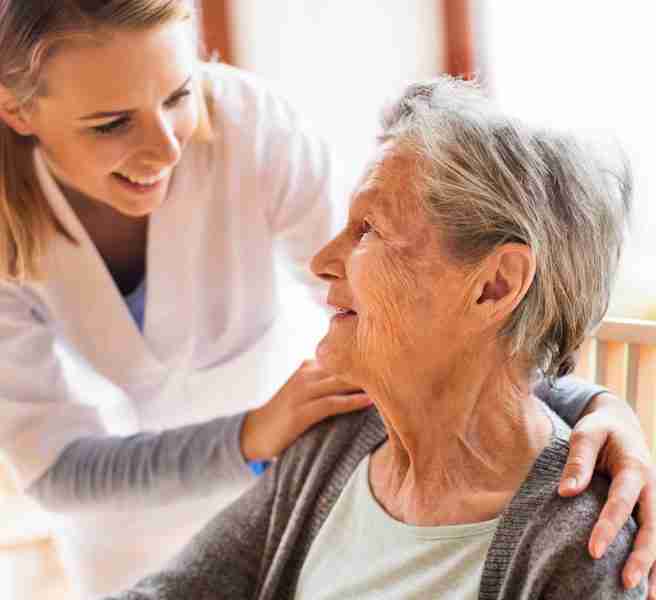 According to a survey conducted in 2017, there’re over 47 million seniors in the U.S. If you’re an adult at the age of 18 and above, chances are that your beloved mother, father or even both are among this senior population. If yes, then deciding when to let go and move them into a nursing facility will be one of the toughest decisions you’ll ever face.

Not sure when to put an elderly parent in a nursing home? Here are some telltale warning signs that you should look out for that’ll let you know when it’s time.

When is it Time for Assisted Living?

Nobody wants to be faced with the decision of placing a parent in a nursing home. Unfortunately, it gets to a point where ensuring they receive round-the-clock care is the best thing to do. Here are some pointers to help you learn when it’s time to put someone in a nursing home.

1. When They’re Suddenly Too Aggressive

As an individual age on, they tend to become aggressive. This is especially the case in individuals with dementia. If your mom or dad is suddenly too aggressive or has a temper that they didn’t display before, it’s vital you consider a nursing home. This is because nursing home caregivers are specifically trained and experienced in dealing with aggressive seniors.

As we age on, the stakes of developing chronic conditions rise steeply. A majority of individuals aged 50 and above deal with at least one chronic condition. If your parent is among this group and their health has been deteriorating, then it’s wise to consider assisted living.

For instance, if you’re wondering when should an Alzheimer’s patient go to a nursing home, then do it as soon as you can. This is because the more they age on, the more attention they require, and the harder it becomes for you to offer the required care.

3. When They No Longer Have Control Over Their Finances

You might be on top of your finances right now, but in years to come, something as simple as paying bills will become an uphill climb. Thus, if your parent is having financial difficulties, then it’s time.

Signs of financial difficulties due to old age include being unable to keep up with bills and poor spending habits. Not putting them in a nursing home and handling their finance for them places them at the mercy of financial scammers.

If your once healthy parent is losing weight at an alarming rate, this is a sign of appetite loss. Chances are also that they forget to take their meals. Sudden weight loss is also a sign of a serious underlying medical condition.

On that note, take them to a doctor. Later, talk to them about moving into an assisted living facility as putting a parent in a nursing home against their will is not only wrong but may result in even further health decline. However, ensure you’ve details of the best facility before taking them there.

Growing up, your parents used to emphasize cleanliness. They taught you everything you know about hygiene. So when your aging parent starts displaying a lack of personal hygiene, then that should worry you.

If you note ungroomed hair, a new body odor or repeatedly wearing dirty clothes, then you should take action. The inability to take care of their hygiene might be as a result of conditions like arthritis which make cleaning up painful.

If all of a sudden your elderly parent keeps on falling while going up and down the stairs or slipping in the bathroom, all is not well. This is a sign that their current environment is becoming too challenging for them to navigate safely.

In this situation, the most efficient solution would be to move them to an assisted living facility. These facilities are often designed to suit seniors.

If your mom was once the champion in the kitchen and now she needs someone to help with doing the dishes, cleaning up and cooking, it’s time to have the nursing home talk. Increased dependence with activities of daily living such as vacuuming or mowing the lawn means that they require more care.

If every time you visit your aging parent, you find their medical prescription untouched, this indicates that they’re not taking their med as required. In this case, the chances are that they either forgot or don’t want to take them anymore.

Meds are vital as they help improve their wellbeing. Hence, consider putting them in a nursing home where professional caregivers will follow up and ensure they take their meds on time.

9. The Caregiver Duties Are Draining You Out

As much as you want to take care of your elderly parent, the responsibilities can at times cause burn out. This, in turn, causes you to shout or lose your temper with your aging parent when they resist medications or refuse to get dressed.

Even though you might realize and vow it won’t happen again, you’re still prone to burnout. To avoid such situations again, consider putting them in a nursing facility. Unlike you, caregivers in these facilities are usually trained on how to handle such situations patiently.

10. Your Own Health is Declining

There’s no doubt that you’re willing to take care of your parents till the end of the road. However, when your health is on the rocks, it’s time to make the decision. As much as you want to take care of them, it’s vital to note that you can’t pour from an empty cup.

Therefore, if your health is declining or you were recently diagnosed with conditions such as high blood pressure, don’t strain yourself further.

Your elderly parent might stop partaking activities they used to enjoy because those they used to do it with moved away or died. They might also stop because the community around them isn’t supportive. Signs of isolation include not leaving the house, restless sleep, and calling you frequently.

Sadly, the isolation during the golden years can result in depression, addiction, and even death. If you note any of the mentioned signs, it’s advisable you move them to an assisted living facility. Here, they’ll not only receive the much-needed care but will also be surrounded by individuals of their age.

Each year, millions of people find themselves wondering when to put an elderly parent in a nursing home. If you’re among them, you should face the situation positively as you’re doing it for their good. Explore more informative content on our page.