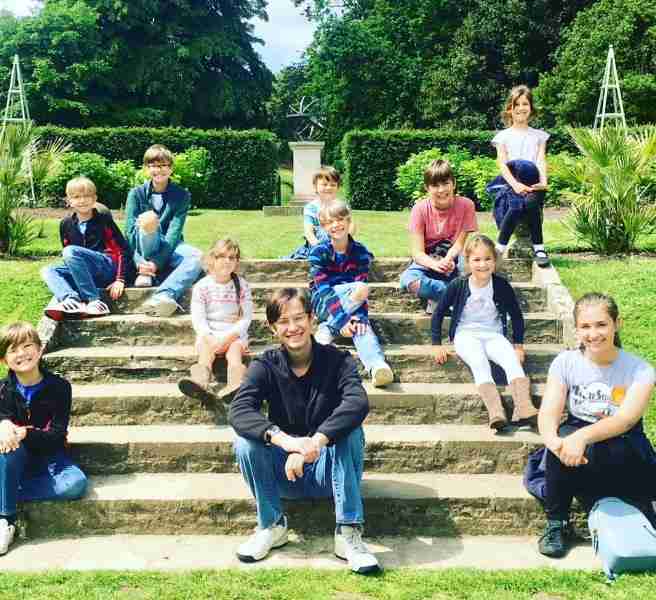 One question I often receive regarding home education (apart from the socialisation one) is how we manage to deal with so many children at different ages and stages. A lot of people contact me saying that they would like to home educate their children but aren’t quite sure how or where to begin.

The beauty of home education is that there is no set rule. This means that you can adapt it to work for your child, for your family and for your lifestyle, whatever it may be like.

You don’t need a curriculum, you don’t need set hours, you don’t have to follow any rules. You can try new things, change and adapt until you find something that works for you. And if that something stops working or needs changing, you can.

When I first began home educating Stephanie over a decade ago we took an autonomous approach for the first year, meaning that we didn’t have anything set in stone and went pretty much with the flow. She would choose a topic and would then work on it, allowing it to evolve into writing about it, researching it, creating models, art, sometimes worksheets, sometimes not… whatever she felt like doing. During the second year we took a more structured approach. Neither was right or wrong, they were different ways of learning and both were effective.

When it came to home educating several children however, I found it more useful to have some kind of structure. We bought in a curriculum but its constant proselytisation was off-putting and didn’t provide the balance of information to allow them to form their own opinions on what they did and didn’t believe, so we moved to secular workbooks instead, which I felt worked better.

Rather than relying entirely on one approach or the other, I still felt it was important that the children had time to develop their own interests and skills. Mornings, therefore, would be workbook time whilst afternoons left them free to do as they wished. This could be creating LEGO models, art, cooking, learning a language on the tablet or online or playing. Whatever.

Whilst it isn’t compulsory for children to take exams in the form of GCSEs or anything else (which comes as a surprise for many to discover), I still prefer to give my children the opportunity to do so. I reassure them that any results aren’t the be all and end all of life and there are many options and methods of becoming employable. This is just another string to add to the bow and not something that will make or break them.

It wasn’t until it was Caitlin’s turn to take on her GCSEs that we discovered online school InterHigh. By the time she had completed her two iGCSE years, I could fully appreciate the flexibility and benefits it offered. Not only could I ‘hand over’ the responsibility of teaching to those that were qualified in their fields, it enabled me to focus on the younger ones, secure in the knowledge that Cait’s education was fully in hand.

Caitlin’s time at InterHigh has now long gone and she is settled in full time work. We’ve traded her place in for four more of our children – that’s how much we recommend it. Next week I’ll talk a little more about the benefits we’ve all found in InterHigh itself.