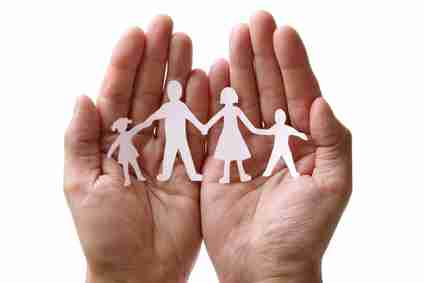 The State of California offers many options for couples who want to sever their union. These three options are commonly known as dissolution (divorce), separation and nullity, which is commonly referred to as an annulment. Knowing the difference between the three is important as they have different implications and procedures. In this article, we’re going to give you a rundown of each option, so you can see which one is the best for your situation.

What is a Dissolution of Marriage?

A dissolution of marriage in the state of California is the official term for a divorce. A divorce completely cuts all legal ties between the two parties. And since California has a no fault policy for divorce, no fault from either party has to be established to file the divorce.

There are some minimal residency requirements for people wanting to file for a dissolution in California. Only residents that have lived in the state for a minimum of 6 months may file for dissolution with the exception of Orange County where it is 3 months.

Any party can decide to file and the other party cannot interfere in any way. If both parties cannot reach an agreement, the court will divide their property and also decide matters of child support and custody. The divorce will take 6 months from the time the initiating party serves the other with a summons and petition or when the responding party files their first papers to be finalized.

If the couple has been married for less than 5 years with no kids, minimal assets and they agree on how to divide them, they can file for a summary dissolution. The process is much shorter and extensive then a full dissolution. But please note that this option is not available for domestic partnerships.

What is a Separation?

A legal separation does not terminate a marriage from a legal standpoint. However, it gives both parties the chance to live independently and make independent decisions on property, finances or parenting.

Note that you could still ask the court to divide any assets you may share with the other party or rule on custody. Even though the court doesn’t have to be implicated in a legal separation, it would be better to consult divorce lawyers such as those on hand at divorcelawyersoceanside.com who will guide you through the whole process and help you understand the implications and responsibilities under that type of agreement.

What is a Nullity?

In the case of a nullity, the court actually rules that the marriage was void from the beginning. This could be caused by a variety of reasons, such as bigamy, fraud, force, mental or physical incapacity or if one of the partners happened to be too young at the time of marriage. The court will have total control on how the assets will be divided and on matters of custody. With an annulment, the court establishes that the union never existed and proceeds as such.

As you can see, there are vast differences between a nullity, a legal separation and a dissolution in California. So, before you file, make sure that you consult a good lawyer in your area to guide you through the ins and outs of each option.