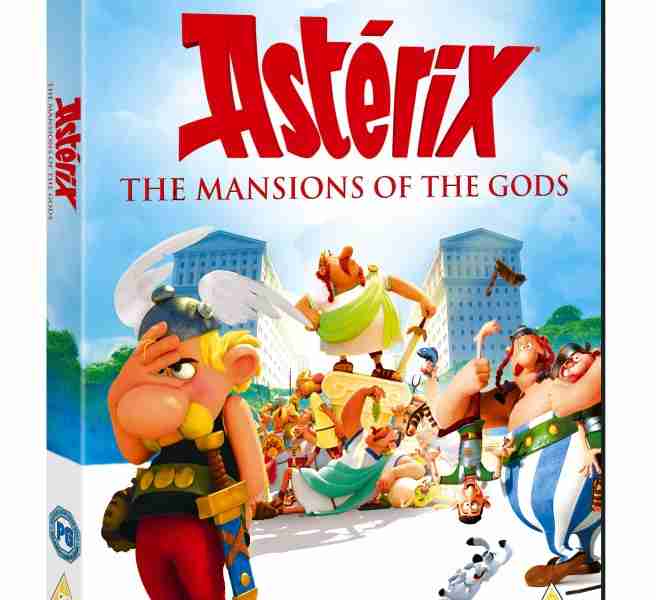 Kaleidoscope Home Entertainment is pleased to announce that the hugely popular ASTERIX franchise returns with its first ever feature length 3D adventure! Available just in time for Christmas, the whole family can enjoy ASTERIX: THE MANSIONS OF THE GODS when it releases digitally and on DVD and 3D Blu-ray + 2D Blu-ray from 12 December 2016. To celebrate, we’re giving away 2x DVD copies!

The year is 50 BC. Gaul is entirely occupied by the Romans. Well, not entirely…

One small village of indomitable Gauls still holds out against the invaders. Julius Caesar (Jim Broadbent), exasperated by the situation, decides to change tactics. Since his armies are unable to prevail through force, Roman civilisation itself will charm the barbaric Gauls. And so he has a luxurious housing complex built near the village for Roman families, called ‘The Mansions of the Gods’.

To be in with the chance of winning, just answer this question:

Which famous British actor plays the voice of Julius Caesar?

The competition closes on 20th December at midnight. UK entries only please.

ASTERIX: THE MANSIONS OF THE GODS will be available digitally and on DVD, 3D Blu-ray + 2D Blu-ray from 12th December.

112 thoughts on “Win Asterix: The Mansions of the Gods on DVD!”