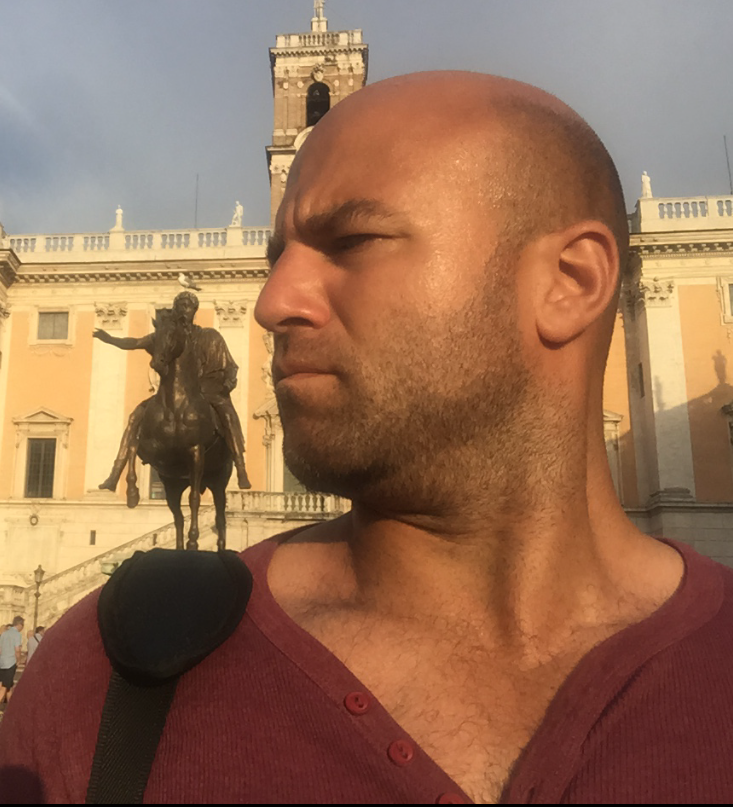 Friday the 13th proved itself a bugger this month. Never one for being overly – or even slightly superstitious – it wasn’t until a couple of days later that I realised the irony of the phone call I received late that evening.

I was freshly out of the shower when Mike and Cait both told me my mum had tried calling several times. It’s very unlike her to phone, preferring to send a text now and then instead, so I immediately thought something was wrong.

‘Jimmy’s in hospital,’ she cried down the phone. ‘They think he’s got leukaemia.’

My brother is my only sibling. I was seven years old when my parents gave me the choice of a baby brother or sister or a puppy. I asked for the puppy. They said they were joking and I couldn’t have a puppy after all but we’d have a baby instead. I didn’t think it was a very funny joke to play but calmed down after a while. Okay then, how about a sister?

There were seven years between us. He was doted upon, though not by me. He got into my stuff, he was spoilt for being younger and cuter and in mum’s eyes, he could never do any wrong.

Even now he’s older and uglier, mum still treats us the same. We grew older, arguing and squabbling and all the rest. He claims he has a golden halo over him. I argue that it’s the shine from his head. He still knows which buttons to press to annoy the hell out of me and I know just how to tease him as big sisters are supposed to because it is the law.

I never considered us to be thought of as close but that Friday I couldn’t imagine my life without him.

Within a week acute myeloid leukaemia was confirmed and he began chemo. He’ll spend most of the next six months in hospital undergoing treatment. He’s strong, he’s healthy and he’s fit. I’ve no doubt he’ll be fine. If responsiveness to treatment were reliant on his looks alone it might have been questionable, but based on physical fitness we’re feeling positive.

At the moment he’s neutropenic, meaning his body can’t fight infection. Given that I have so many ankle-biters which are prone to bug after bug especially during the winter months I can’t even go and visit him as it’s too risky. Instead, we tease and ridicule each other via messages instead. It works for us – plus mum can’t tell me off for being mean to Golden Boy and he gets to maintain that he didn’t do anything wrong (even though he’s the one that started it).

As you might expect from a sibling of mine, he has quite strong views on things too. One of which was on my post titled ‘Why I want my children to have less in life’ to which he asked if he could add his own thoughts. I told you he always got into my stuff. Having said that, what he wrote was pretty good, so I agreed to share it.

Meet my brother, everyone. Here’s Jimmy: My First Night with Leukaemia: Remembering the Important Things in Life

Mum: “Where? Again?”
Me: “Cricket Green. Got to meet the boys.”
*runs out the door, football in hand.

It sounds like the UK lyrics of Bon Jovi’s Blood on Blood. There was Daveojuice, Nukester, and Jock (who swore he was Scottish although he never left Tooting).

We grew up playing football on a cricket pitch every day. We called ourselves the 4ManKru. We invented games. We mocked each other, like that time we played Monopoly for 8 hours and nearly ended up in a dust up. We were 9.

We got older. We got beers. We made a pact to mock each other before we went out so we wouldn’t embarrass ourselves when we in front of girls. We couldn’t pull for toffee.
We were 16.

We went on club 18-30 holidays. We got jobs. We worked for Saturday night to go Walkabout and KFC. We played football. We got ourselves into and out of trouble. We spent our last £1.23 on a flaming sambuca  rather than the bus home and had to walk from Croydon. We were Lads.

We got better jobs. We didn’t see each other so much. When we did, we told stories and laughed. We got beers. We got ourselves into and out of trouble. We built a massive circle of mates that were thick as thieves. We thought we were men.

We bought houses. Daveo and I together. We built a bar in our front room. It helped us get long term partners. Hot chicks! Nukester made a little human. Jock stopped being so angry and became a chef. We were men.

The night I was told I had Leukaemia, of all the awesome people in my life, there were only three that could make it that evening. By the power vested in the 4ManKru, I knew everything would be okay. If we survived all the adventures we have been on, I can beat cancer.

The CDs and VHS we spent all our money on. They all went in the bin. The flash Ben Sherman shirts. Rags for when we decorate. The Dirty Aftershave. No wonder we couldn’t pull! None of them helped that night.

The time me and nuke got mashed in Pals on £1 Fosters and Tequila. The time Jock climbed up the balcony in Kavos and slept there because he thought I got lucky. Standing at £1 Offy with Daveo before we got and watch West Ham, those things will last forever. And that’s what got me through my first night with Leukaemia.

It’s not about about the stuff you have. It’s about the things you do. And the people you do them with.

You can follow Jim’s leukaemia butt-kicking over on Twitter. Please do say hi and show your support.