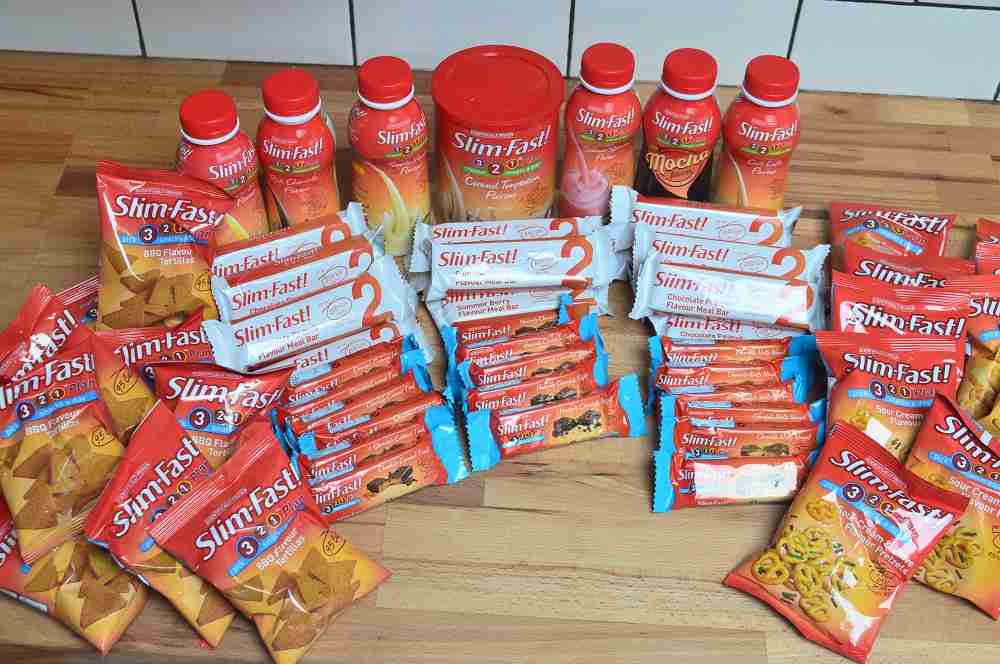 My friend and I spent a good while of our meeting last week despairing the scourge of weight gain. The irony that we were doing so over lunch at Carluccio’s hadn’t escaped us, yet still we continued to question why weight was such an issue.

Then we ordered dessert.

We enjoyed every mouthful but, suffice to say, it probably didn’t help our quest to lose the lbs. So later that afternoon, when I received an email asking if I was still interested in participating in the Slim.Fast Challenge I honestly didn’t know what to reply.

I am a foodie. I love food. My parents are mediterranean, for goodness sakes. Have you ever watched My Big Fat Greek Wedding? That film, Mike says, is like a fly-on-the-wall documentary. Food is life, it really, really is but unfortunately, it holds calories and consequently, I then end up holding the calories myself. Lots of them. To the point where some of my clothes have become hulk-likingly ripped where I have continued to try to prise myself into them. In case you are wondering, it isn’t a good look.

I have gained more weight recently, weighing more than I have ever done in my life. Something does need to be done, I acknowledge that much at least. But giving up two meals a day? It’s not exactly something I would admit to being thrilled about.

I emailed my reply. ‘I’m not sure if this is really for me – I do enjoy proper food too much!’ and, as if that didn’t have them wishing they could recall their email to me I continued, ‘By all means, I’ll have a go but do feel sceptical.’

Yes, a sceptical foodie. That’s just who they need.

The Slim.Fast Challenge I had been set seemed easy enough. Following the ‘3-2-1 plan’ (those old enough now have permission to conjure up images of Dusty Bin and practise the Ted Rogers action to perfection), you replace two meals a day with either a Slim.Fast shake or bar and have a third meal which contains no more than 600 calories (or 800 for men). You can then have up to three snacks a day; either fruit, veg or one of the packs of Slim.Fast snacks. Easy in theory yes. But when you love food and proper meals, can a meal replacement product really cut it?

I dreaded receiving the box of supplies which would contain enough meal replacement shakes and bars for a fortnight. Knowing when it was due to be delivered, I admonished myself while cooking the previous evening’s meal. ‘The tagliatelle is overcooked. It’s too soggy! My last meal and I’ve ruined it!’ I grumbled. The way I had acted you would be forgiven for thinking that I was in line for execution with my last meal being my final comfort. Drama queen impression aside, it felt that way too.

My eagerness was still waiting to make an entrance when the box arrived. Almost resentfully I set it on the table to open it up and take a look inside.

This is how I looked:

Then I rebelled against the contents by slathering three digestive biscuits with cream cheese to create a makeshift, desperado cheesecake in protest.

I unpacked the tub of milkshake formula (make up with two scoops of powder and skimmed milk. 12 servings included) and ready made milkshakes. I sneered at them but they remained where they were. How, I asked them, can you replace a meal? Milkshakes are supposed to accompany meals, not replace them.

Yes, I did speak to the products.

I continued emptying the box with pack after pack of pretzels and cheese snacks, and what I thought were snack bars but, on closer inspection, were chocolate meal replacement bars. For a fleeting moment it didn’t seem quite so bad; if you’re going to replace a meal with anything it may as well be chocolate.

Nothing looked unappetising, I have to admit. It looked perfectly edible – tasty even, perhaps. But I still remained unconvinced that I would be able to cut out meals in lieu of these replacement products instead. I still remain unconvinced, I should say. Can this sceptic be persuaded otherwise? We’ll find out soon – starting tomorrow!