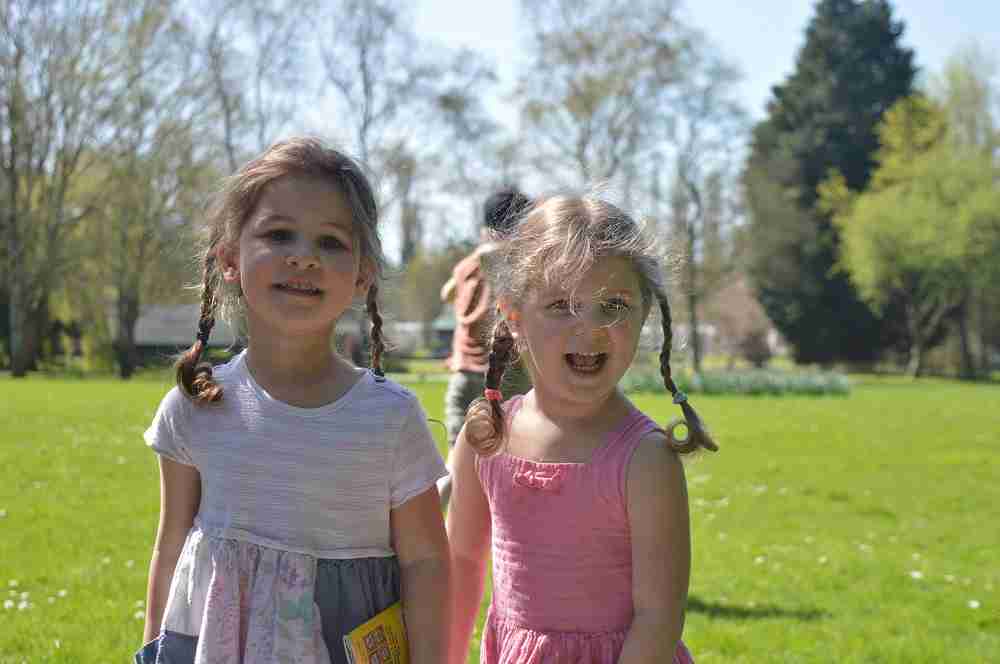 To be fair, it isn’t that I want them to have little. From the day each of them were born I hoped and prayed for their good health, for long lives, for happiness and for contentment.

I never hoped for money for them. Let’s be clear, money makes life easier, there is no doubt about that. When you have enough money you have choices and freedom. Money can’t buy you love but it can buy you security. It can secure your home leaving you safe in the knowledge that you will always have a roof above your head. It can ensure that your bills will be paid so that you won’t have to worry about which to prioritise over what. It can clothe you so that your feet will never feel the rain seeping through your shoes. And money will allow you to stock your fridge and cupboards enough food to reassure you that you will never go to bed hungry.

But you only need enough.

That’s not to say that if they were to become hugely successful businessmen or financial whizzes that I’d feel disappointed, of course not. But I do want them to know where true value lies.

I want them to know that once their basic needs are met, the rest doesn’t actually matter.

If you have enough money to pay your mortgage or rent, to cover your bills, to clothe your body and to feed yourself, you can focus on making yourself truly happy. And that doesn’t mean spending your money on more things. It’s about realising where true value lies.

I want them to know that it’s about quality of life, not quantity of stuff.

I want them to know that it’s not about the things.

I want them to know that things won’t make them happy.

I want them to know that ‘having less’ doesn’t mean going without the things which, one bought and the novelty has worn off, won’t actually matter, but that it means getting more. It means getting more time and opportunity to do what you want to do, rather than what you have to do.

I want them to know that it’s what they do – not what they own – that makes them who they are.

I want them to know that it’s what they do – not what they own – that holds the key to true contentment.

And being content with your life will make you happy.

I fear that in today’s selfie-obsessed, somewhat narcissistic society, the next generations will be focussing too much on how they appear and what possessions they can show off rather than what lies beneath because that’s what gets the approval of others – or so it seems.

Meeting basic needs isn’t enough. And the cycle then begins. They will work more and for longer in order to buy more things which will ‘earn’ another person’s approval.

What on earth is the point?

A fully functional mobile phone, for example, is considered ‘old’ once the latest model comes along. Rather than thinking, ‘I have a fully functional mobile phone that does exactly what I need it to do,’ we instead are faced with people forming queues for the newest model because, well, because it’s new. But once that product has been bought, what then? Once the cycle begins where happiness is generated only by the act of possessing more ‘stuff’, of acquiring ‘newer’, or ‘better’, it’s difficult to break free from it.

I want them to understand that stuff is superficial. Appearances are not important. Nobody knows what debts and restraints lie beneath a person’s facade. And that superficiality will impeach upon your life. You’ll be so busy working to create a particular appearance that you won’t have time to live. You’ll be making plans about what you can do when you finally retire at 70, but who is to say that you’ll be fit enough or able enough or, let’s face it, even alive, to rely on the then?

Get your priorities in order, think the right way and be free enough to live for the now.

And there is the keyword I want my children to know.

I want them to know that true happiness lies in freedom. Freedom to not have to work longer and more hours to acquire more stuff. The confidence to be happy in your own choices, in your individual decisions and independently of marketing gurus, advertising agencies and media moguls. The freedom to actually live your life, not live to work. I don’t want them to spend more time working in order to pay for gadgets and gizmos that will be outdated when the next upgrade hits the shelves.

I want them to have less so that they can experience more.

I want them to do things, to see new places, to meet new people with new cultures and different ways. I want my children to be comfortable in life and for their basic needs to be met without worry, yes. But I want them to place value on their time and their freedom, not on their things.

Even though Mike and I had always lived our lives with a bigger picture in mind of things we wanted to do, we were aware that it was often at the mercy of mirth and mockery from others. We didn’t shop til we dropped, we bought what we needed, we bought old vehicles (as long as they drove us from A to B, they were good enough for us), we didn’t kit ourselves or the kids out in designer gear or buy new clothes unless we needed them. Yet now the bigger picture is almost complete: we are able to spend quality time as a family as a priority not just on work days off (tick), we are not wage-slaves to an employer (tick), we work for ourselves (tick), we are free and able to take our children travelling whenever we want, for as long as we want (tick), we will shortly own our home outright (almost tick).

In short, we are relatively free.

My friend Nicola shared this excellent article on The Science of Why You Should Spend Your Money on Experiences, Not Things, and reading it was a real ‘Aha!’ moment for me. Even though we lived for what we hoped to one day achieve and hoped to raise our children to think beyond ‘stuff’, we never analysed the workings behind it. This article does and it makes so much sense. Instantly I thought of all the experiences we had that the children remembered from long ago, yet asked what they received for Christmas and birthdays in the same year and they could remember one or two things, if at all.

The last few weeks were great fun for us all. The Easter holidays meant we got the chance to catch up with several friends. We ate, we chatted and the children played. One main game was ‘Slub’ (from the word ‘slubberdegullion‘ – their current favourite insult), a game Eddie and Harry created which is quite like a cross between air hockey and try-not-to-smash-the-glass-on-the-bedroom-door-or-Mum-will-hit-the-roof. It needs nothing except a LEGO wheel and at least two eager participants to play it and, judging by the enthusiastic competition and laughter, it was clearly one of the best games ever to have been devised.

Nobody remembers who was wearing what, or what anyone did or didn’t have.

They do remember having a great deal of fun and making fabulous memories.

Why should that stop just because you become an adult?

But liberating yourself of materialism and consumerism is vital in order to do that.

I want my children to have less so that they can step off life’s treadmill to sit back and enjoy the simple pleasures, not spend six days a week working around the clock to fill their lives – and eventually their lofts – with junk.

So they can value themselves, their lives and their time more.

So that they can do and see and learn and grow.

So that they can experience more.

So that they can live.

Because happiness doesn’t lie in what you own, but in who you are and what you do.

And that is why I want my children to have less.