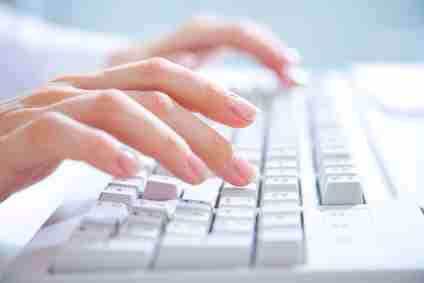 When people ask what I do, I briefly have to stop and think before I answer. Somehow answering with, ‘I run a blog’ doesn’t quite seem enough, but then I think (briefly again – after all, I’m supposed to be having a conversation), about how much has gone into this website and what it’s developed into and I realise that it’s not such a small thing after all.

So what do I actually do?

Okay, in real life I do much more than that.

Or rather, we do much more than that.

But the nutshell version is that I founded and run this site which has grown not only to a size I could only have imagined of in my wildest dreams, but has enabled me to create several sideline income streams in addition to it.

The income through these different enterprises (which include taking in company and businesses outsourced work and admin, copywriting, media liaison, event speaking, interviews and a whole bunch of other stuff), as well as through the site itself has now built up to the point where it has created an income for two of us to work on it all. Yes, my husband has had an unexpected career change at the grand old age of 40.

As well as this site we also run several other sites which bring us an income (although they don’t have a personal angle at all, like this one does), we create income-generating sites which we then flip and sell, or build them to order.

We have now reached the point whereby we are able to expand it all, make a few changes and start building a team. It’s the next logical step for us – the workload is now too heavy even with two of us on the case (as well as Cait doing her bit on the site too), but it’s scary and it’s strange and it’s very, very nerve-wracking. Yet, we think it’ll be worth it.

So what? Stop bragging.

Yes, I thought that’s what it might sound like, so I put off writing this for a long, long time. Still, every-so-often people would email or message and ask me questions on blogging for a living or working around their families and I kept promising thorough answers. But to give answers I’d have to base them on my own experience. The other option would be to say nothing, but if there is any chance you could create an income this way too, then why would I not want to share what I’ve learnt along the way?

Is this another ‘How to make money blogging’ post?

No, it’s not because that would involve me talking about the different ways your blog can earn you money. I’m not going to go into all of that right now. I might go into it at some point but it would take a lot of detail and a lot of explanation to go into it properly – far more than a single blog post would allow. However, I might just put wrap it all up into one book for you instead. Or I might not. I’m still debating on that one and need to see whether time and existing commitments and plans will allow.

Like the title says, I’m going to tell you how to turn a blog into a business.

I’ll save all the advice on how to start, what to do and how to actually make the money either later in a series of posts or in the book – but that depends on the interest this post generates. If nobody wants to hear it then it would be pointless me wasting my time.

So, how do I turn a blog into a business?

Here are a few main steps on turning your blog into a business to mull over to begin with. It absolutely isn’t the be-all and end-all of advice on this topic, but it’s a starting point:

Start as you mean to go on

If you know that you want to try and build your blog to the point where it will generate an income for you, treat it like a business from the off. From the name, to the layout to the content – make it look professional.

You don’t need to spend a lot of money but you do need to take care about the details. Nobody is going to come back to read a blog full of spelling mistakes and careless typos which is hard on the eye. And to create a successful business you need to start building your market from the very beginning.

Be prepared but be realistic

I’ll tell you now, it’s going to be a long, hard slog to success. Many bloggers who are a year or two in still aren’t generating much more than pin money. Very few do make it to the point where they can create a full or even a part-time income. It can be done but if it does, it will take time. Don’t expect to be in your counting house counting out your money overnight.

Whilst I am happy to share my story and my experiences about what have and haven’t worked over the years, you are not me and I am not you. Neither are you any other blogger in the world. What has worked for one is unique to them, their personality, their style of writing and their method. That doesn’t mean that the same things will work for you. Don’t be afraid to try new things but don’t be surprised if they don’t work for you when you’ve seen them turn out so successfully for others. Likewise, don’t be afraid to try something that didn’t work out for someone else. It might just be your magic touch which makes all the difference.

It takes time… and then some

If you think you’re going to hammer off one or two posts a week and hit the big-time, I’m sorry to tell you this.

It takes a lot of time and a lot of dedication.

I think this is underestimated far more than it should be. Most successful bloggers will tell you that they have been focussed, absorbed and completely committed to making their blog work. In fact, I’d be surprised if any of the most successful ones were at all blasé regarding the amount of work they’d put into making it pay off.

Sometimes you’re going to get fed-up

As enthusiastic as you are to begin with and as much as you love your chosen subject, you’re going to have days when you’ve just had enough.

It’s going to feel like the time you’re putting in is way more than you ought to be, the returns are sparse, you’ve had a knock-back which has shattered your confidence or you just can’t think of anything to write.

Step away from the computer, take a breather – or a complete break if you need to – and return when you feel refreshed.

I don’t care what anyone thinks, I am positive that luck plays a huge part in whether you’re successful or not.

There are many talented bloggers who have made a wonderful achievement within the vast blogosphere but there are so many more who haven’t – not because they aren’t great writers or provide fab content. It’s just one of those things.

I feel I have been extremely lucky with how things worked out for me, and how they have grown into what they have become.

So luck? Yes, that comes into it too.
I hope this post has been useful to you. If so please do share it.

Please leave any questions or comments below and I’ll see about addressing them in future posts, possibly turning this into a series if there is enough interest. You can also share your own words of wisdom if you have anything to add.

6 thoughts on “How to turn a blog into a business”