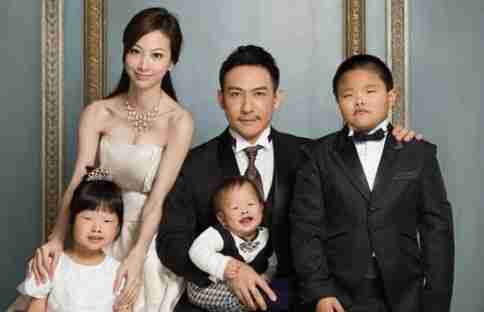 Last week we published a piece about Jian Feng of China who successfully sued his wife after she had given birth to, in his opinion, an ‘incredibly ugly’ daughter.

Many people who have read about this story have found Feng’s attitude disturbing at least, offensive – even as far as enraging in others – but ironically it seems that appearances might not be quite what they seem.

This story has emerged to have been circulating since 2004 when it made its debut in China’s Heilongjiang Morning Post – a publication which apparently has a record for posting incorrect, false and unverified information – not unlike any other paper I hear you cry! However, during the nine years since this story broke no official confirmation or denial of the case has ever been made, bringing about the possibility that it may just have been a hoax.

Whilst it still cannot be proven or disproven, further investigative work by Rocket News 24 revealed that the accompanying photograph was in fact taken from a Taiwanese advertisement for a plastic surgery company. On the other hand, there have been several unverified ‘before and after’ photographs of both the ‘mother’ and ‘daughter’ that the story relates to.

So what is the deal?

With neither confirmation nor denial from any reliable sources, we cannot really know for certain either way. Given the amount of time this story has been doing the rounds for it may be worth staying sceptical until more is known for sure.

One thing is certain though, it will be a while before the truth comes out and either way, we’re pretty convinced we haven’t heard the last of it!

What do you think about this story? True, false or somewhat successful PR? Add your comments below.

Keep up-to-date and receive our latest news directly to your inbox or RSS reader.  You can also follow us on Twitter with the handle @LargerFamily, and become our friend on Facebook too.