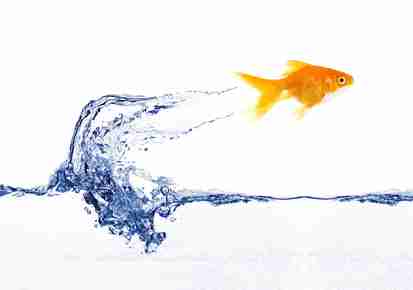 Our lives, indeed our lifestyle, hasn’t quite panned out the way we imagined it would.  For a start, when we went on our first date (23 years ago tomorrow) as fresh-faced 14 and 16 year olds we would never have imagined a dozen children at least making up our family twenty years down the line.  I think that would have been a very short date if we had!

Home educating is something else we would never have imagined doing.  My lack of patience and need for quiet doesn’t fit in with either having a lot of children or opting to educate them myself.  It isn’t something to commit to lightly but it is definitely something we would recommend and support.

I have now been self-employed for almost eight years.  I thoroughly love the flexibility and the independence but not knowing from month to month what my income would be has not always been stress free.  It was long a dream that Mike would be able to join me in the world of self-employed independence but with so many responsibilities and commitments would it really be such a wise idea?

My own Dad lived the majority of his life as his own boss.  He bought his house and paid off his mortgage and raised his family this way – so we knew it could be done.  Earlier on this year Mike did take the plunge and set up on his own carpentry and joinery business.  Now we live in a world where we have a monthly target we need to reach between us and though it can be pretty hair raising when you don’t have at least one regular salary to count on, we wouldn’t have it any other way.

We often talk about how we don’t want life to pass us by.  How we want to make the most of life and of opportunities and how we don’t want to get to our old age and look back on our lives and say, “Remember when we made plans and we never followed them through?”.

The way we live can and has been criticised.

We’ve been mocked because we prefer to stay in of an evening than spend it in the pub.  We save money this way and we’re normally too tired to even consider getting up and going out.  Besides, we don’t drink very much at all and we don’t particularly want to take our kids to pubs.  There are far more suitable and pleasant places for them to be.

We’re considered odd or “mad” because we’d rather go out to places as a family rather than alone or as a couple.  Yep, really weird that we like to spend time with our kids.  And again we save money not having to pay for sitters which in turn goes towards something we can all enjoy doing together.

Children are children for only so long.  We know that soon enough they won’t want to spend as much time with Mum and Dad and they’ll be off being independent and doing their own thing.  These years are precious.  We’re strange for making the most of them.

We’re reckless because we work for ourselves and we’re stupid because we are preventing our children from receiving a “proper” education because they don’t go to school.  This recklessness means we can close the workbooks, shut the computer and turn off the machines and head off to the beach on a sunny day when everyone else is at work or school.  We have little traffic, can find somewhere to park easily and there is hardly anyone else around.  We can also go on holiday when we want and not when the mini-dictators of school governors and bosses tell us we can.  We’re flexible.  We can make the most of opportunities and moments.  We’re lucky we can do that.

We’re “living in a bubble” because we don’t have a huge circle of friends and prefer instead to stick with a trusted handful of people we’ve known for years.

We are laughed at or even looked down upon for not keeping up with the Joneses.  We don’t buy designer clothes – most of our clothes come from the sales racks.  We bought our first TV in twenty years after the one we had (which was given to us) lost its colour.  We’ve gone without an oven or grill for six months and only bought one to replace it (a beautiful range) a month ago from eBay.  We don’t pull out the credit cards and we’ve been diligently trying to get out of any debt we’ve accumulated in years gone by.  We sacrifice and we budget and we plan and sometimes we have to make a choice between “A” or “B”.  Currently we have a broken dishwasher, our sofas are falling apart and the whole house needs redecorating.  But instead of replacing them all we’ve opted to use our savings and budget hard for our trip of a lifetime.

For some reason or other society seems to have the life goal of finding someone to marry or have a family with, then spend the rest of your life planning how to escape them for some much over-rated “me-time”.

You are also meant to get a good job you don’t enjoy working for someone else who will benefit from your labour, your expertise and your skills.  They’ll pay you what they consider you are worth because they can and it won’t be anywhere close to your true value, but you’ll accept it because that’s life and hey, you have bills to pay.

Children are supposed to spend eleven years of their life learning lock-step with 30 other children the same age, lead by a person who will only know them for 32 weeks a year who probably won’t have had much to do with them before and probably won’t again.  They’ll learn what and how the current curriculum wants them to learn and they’ll learn when they say it’s time to. We are criticised for giving our children an education outside of a school environment and we hear how they won’t learn any social skills and how they won’t be prepared for the real world.  Ask a child who has relied on school to provide their entire education and prepare them for the real world to sew a button, grow their own food, cook a meal, make a bed or plan a budget and they very likely won’t be able to unless the parents have taught them outside of their school education.

These are the things society tells us we should do and the way we are “supposed” to live.  Yet everyone who does so complains!

We know we live unconventionally.  We know we don’t do things as we’re expected to and we know we are criticised for it.

But you know what?

I’ll be encouraging my kids to develop enough skills that they can turn their hands to whatever they need to in order to pay a mortgage and bills and raise a family without having to rely on a boss to pay their wage.

I’ll be encouraging home educating so they can make the most of seeing and doing and not just reading and writing about the things they’re learning about.

I’ll be warning them of the dangers of the “have it all” consumeristic society we live in.  I’ll be sure they know that the ones who look like they have it all probably have less than they do even if their clothes are bought in sales and even if they do plan their meals around special offers.

I’ll be sure they know that good friends are very hard to find.  The ones you think are there for you this week probably won’t be next week.  Hold onto the good ones but don’t be afraid of saying goodbye to the ones who are no good for you.

And I’ll also tell them that if they have a dream, do what it takes to make it happen.  Never be left wishing you did something when it’s too late to do anything about it.  If you aren’t happy about something, change it.  Don’t just complain about it.

You have one life.

Live it – especially if it’s not in the way society expects you to.

After all, only dead fish go with the flow.

8 thoughts on “The advantages of unconventional living”