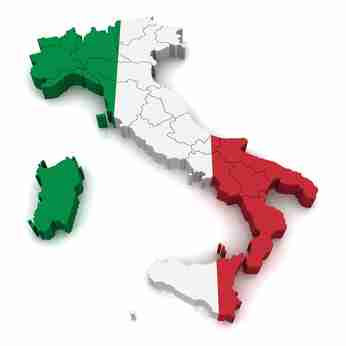 It has been a dream of ours to visit Italy for years.  As our family has grown flying has become out of the question and so we were limited (by finances too) of holidaying in the UK or through Disneyland Paris’s deal which they’ve had the last couple of years where under 12’s go free.

As the years passed and our family grew we talked about the possibility of packing everyone and everything up and taking to the road – not just visiting Italy for a week or two but making a proper trip out of it.  A month or so, we thought.

Next year is the year Mike celebrates his fortieth birthday (don’t tell him I told you) so what better time to make this trip of a lifetime than then?  And so after years of saving and squirrelling and dreaming our planning began.

The maps were out, Google was our guide and we set to working out our route and organising places to stay.  Emails have been plentiful, the phone lines have been busy and the budget has been worked out and – more importantly – kept to.

And now we’ve almost finished turning our dream into a reality!

Ten of the children (including the new baby due in November) will be with us and boy, is this going to be the education of a lifetime for all of us!

We are already excitedly planning to see and learn things first-hand – things that you can only learn so much about through books and programmes.  Our list of places to see and things to do range from the touristy to the simple pleasures of enjoying the waterfalls and horse-riding and wild berry picking, all of which are within the farmhouses and villas we are staying in.

Our journey begins in April and will take just over two months to complete.  Perhaps the older two and my Dad will fly out at some point to meet up with us.

We will begin by driving through France with three planned stop-overs during the week – only one of which has been confirmed at the moment.  Then onto Italy where we will visit 6 different regions over the following six weeks travelling down as far as Naples before heading back up through Tuscany.  The first five weeks have been booked and confirmed and I’m hoping to finalise the sixth and final Italian stop today.  In fact out of the total of eleven stops throughout our trip, seven have now been booked.

After that we hope to spend a week in Switzerland to visit Lake Geneva, finishing up our last week of the trip in Ardennes, France before returning home during the 2nd week of June.

That’s nine weeks on the road.

I’ll still be working and earning whilst travelling.  Most of the places we’ve rented have the two most important commodities we need – a washing machine and Wi-Fi, so that’s one less thing to worry about.  Well, two actually.

And of course, I’ll be updating here as well as keeping a more thorough record of our journey for a new book we’ve planned about our travels.

We haven’t yet worked out if we are completely crazy to do this or if we’re showing the kids how to make the most of life.  I like to think it’s the latter but I’m sure there’s a fair share of the former thrown into the mix too!

If you’d like to know more about our plans or have any questions please let us know at family@largerfamilylife.com