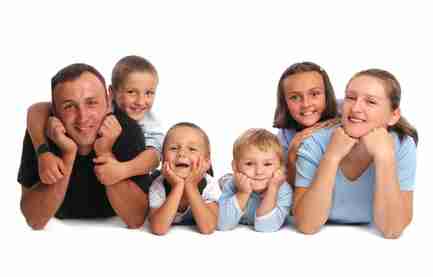 According to a recent study in America the more children, the happier the marriage.  Well, not strictly, as it also found that couples with no children were reported as being happy too.

Researchers W Bradford Wilcox and Elizabeth Marquardt used data from the Survey of Marital Generosity to ascertain that married couples with either no children or with four or more children were happiest.

The Survey of Marital Generosity takes into account behaviour between spouses such as “small acts of kindness, regular displays of affection and respect and a willingness to forgive one’s spouse their faults and failings”.

MercatorNet states that the findings claim that the Survey of Marital Generosity “suggests that fathers and mothers of large families are partly happier because they find more meaning in life, receive more support from friends who share their faith, and have a stronger religious faith than their peers with smaller families.”

So there you go!  If you want to have a happy marriage, have more children – or none at all!

The results of their research can be found in the 2011 State of our Unions report with more information and explanation from MercartorNet here.